4 stars of what the BBC does best. 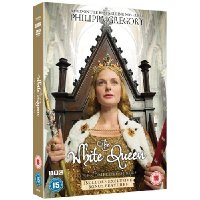 The White Queen is a lavish affair, a great example of the glee with which the BBC throw themselves into the production of a period drama.

It is based upon the series of novels “The Cousins War“, written by Philippa Gregory (The Other Boleyn Girl) and is set towards the end  of the 15th century, before the rise of the Tudors and during the height of the conflict between the houses of York and Lancaster.

This rich tale of love and hate, deception and intrigue is told through the intertwined stories of three women, each powerful and influential in their own right. 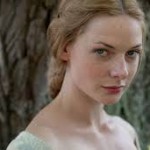 First, Elizabeth Woodville, The White Queen (Rebecca Ferguson – Wallander, Cold Night). A young Lancastrian widow who seeks an audience with Edward IV (Max Irons – The Host, Red Riding Hood) to petition for the return of her late husbands land, she immediately falls in love with the dashing young prince and they marry in secret, throwing the court into disarray with the announcement of their union. “King maker” Lord Warwick (James Frain – Tron: Legacy, True Blood) is furious, as he has removed King Henry from the throne to place Edward upon it and his choice of bride thwarts his power grabbing plans. 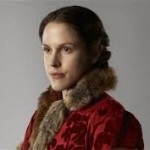 Second is Lady Margaret Beaufort (Amanda Hale – Ripper Street, Persuasion), staunch Lancastrian, religious fanatic and mother of Henry Tudor. She firmly believes that the throne rightly belongs to her son and will stop at nothing to ensure that he claims his rightful place.

Third and finally is Anne Neville (Faye Marsay – Is That It?), daughter and pawn in the grand schemes of Lord Warwick, who comes into her own following her wedding to the brother of the King, Richard Duke Of Gloucester (Aneurin Barnard – Ironclad, We’ll Take Manhattan) who is to become Richard III.

What follows is a complex, well written and well acted tale, following the true British tradition of the costume drama, colourful and full of hustle and bustle. How historically accurate it is I don’t know, but I very quickly found myself not really caring. The story is delightfully complicated, with plenty of twists and turns to keep you entertained. It also helps that nearly all of the cast are extremely easy on the eye and for the ladies there are a fair few shots of Max Irons bouncing around naked. 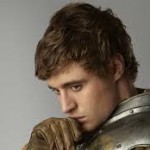 If there is any complaint it would be that some of the sets do have various suspiciously modern looking items lurking in the background and there does seem to be rather more hair products than one would expect for the era.

That aside however, The White Queen is a thoroughly enjoyable watch and I would highly recommend that you add this one to your collection.