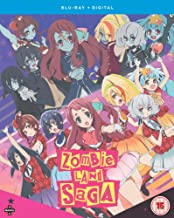 Zombie Land Saga is an original production from MAPPA (Yuri on Ice!), Avex Productions and Cygames. It is written by Shigeru Murakoshi and directed by Munehisa Sakai (One Piece: Strong World).

Sakura (Brina Palencia – Tokyo Ghoul, Snow White With the Red Hair) is a disillusioned teenager with big ambitions and after an Idol concert, she decides this is what she wants to do. 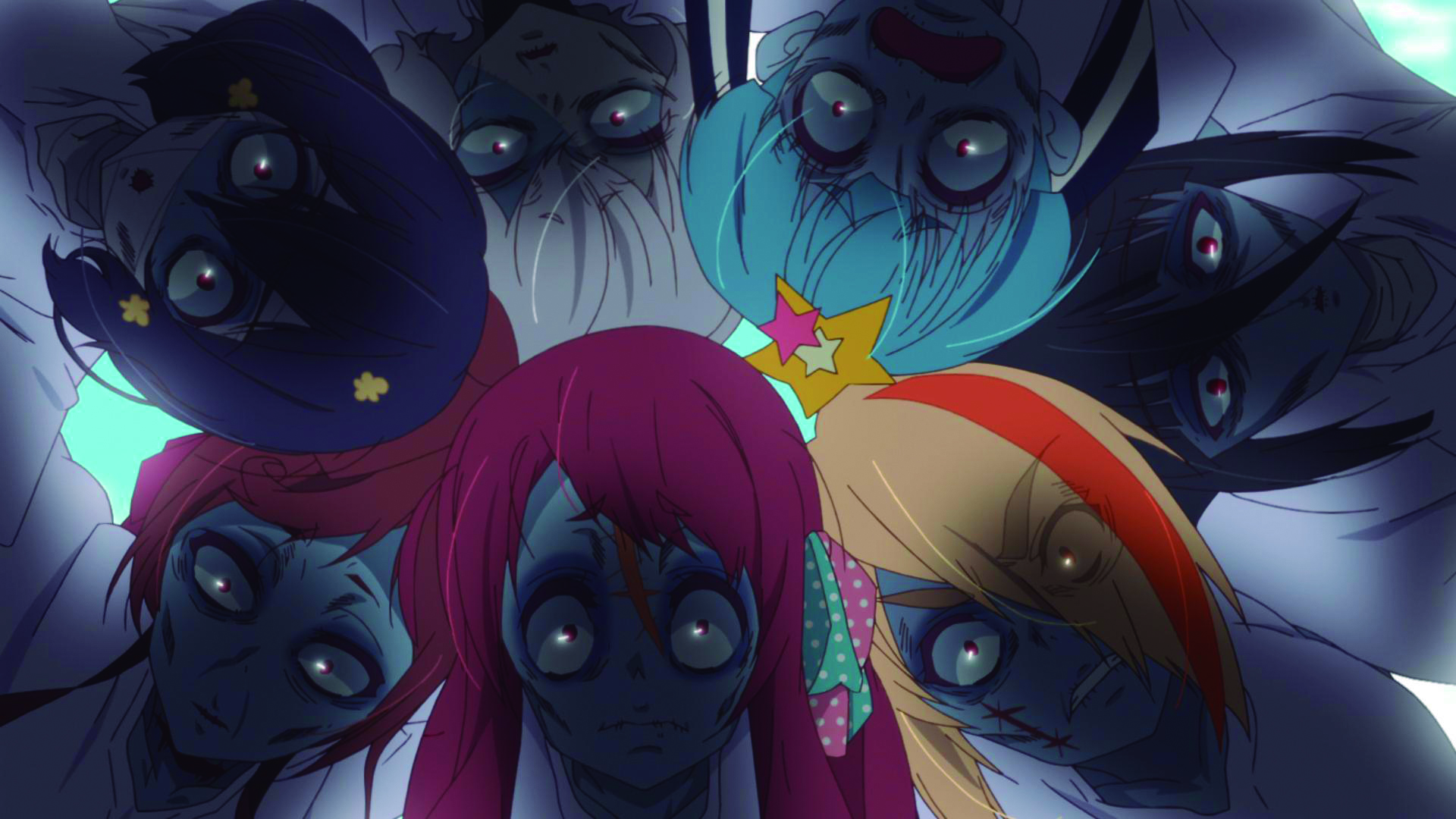 Unfortunately her plans are cut short when she is hit by a truck while leaving her house for an audition.

When she awakens, she finds herself in a creepy old house full of Zombies. Running scared, she encounters a policeman (Austin Tindle – Assassination Classroom) who freaks out and shoots her, leading to the disturbing revelation that she too is a zombie, killed ten years previously. 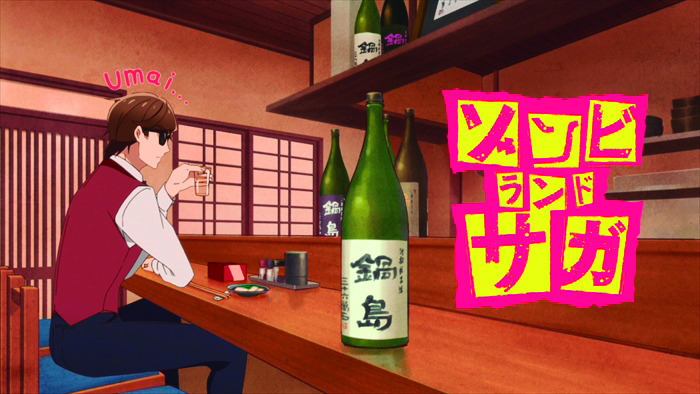 Upon returning to the mansion, she is met by Kotaro (Ricco Fajardo – Brothers Conflict), an over enthusiastic young man hell bent on revitalising his home prefecture of Saga. To this end, he has resurrected a group of young women (including Sakura) from various eras in history to form an Idol Group, called Franchouchou. He trains them in song and dance routines and covers them in makeup to disguise their green skin. 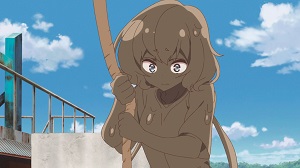 They are a diverse group, Saki (Caitlin Glass – Noragami Aragoto) was a motorcycle gang leader from the 90’s, Ai (Bryn Apprill – Gonna Be the Twin-Tail!!) who was an idol in 2008, Junko (Amanda Lee – Gosick) an idol from the 80’s, Yugiri (Stephanie Young – One Piece Film Z) a former courtier and Lily (Sarah Wiedenheft – SSSS. Gridman) a child actor. The final member is Tae (Dawn M. Bennett – Tokyo Ghoul:re), no one knows who she is, but she loves to bite stuff, people included and is the only one not to regain her personality.

This totally out-there series shows the journey taken by the band as they gradually regain their consciousness and memories of who they used to be and how they died. 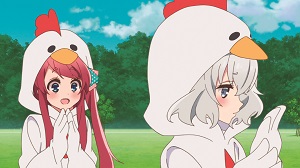 It is crammed with hilarious moments (the mud olympics and the chicken advert being my favourites), along with Kotaro and his endless shouting and posturing, but there’s also some heartwarming scenes as they come to terms with their afterlives. They aren’t afraid to tackle tricky subjects head on, but it still remains thoroughly entertaining.

Really good fun and well worth adding to your collection.

“Guess you’ll have to pull an all nighter then. I mean, what are you going to do? Die from lack of sleep?” 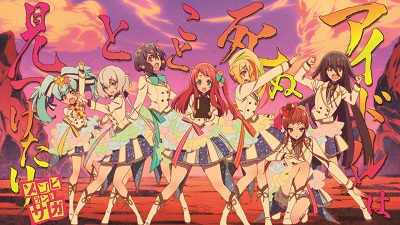