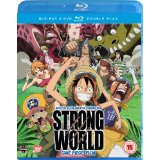 One Piece Movie: Strong World is the tenth One Piece film and is written by Eiichiro Oda (the creator of the original Manga) himself, the first of the films that he actually wrote the story for. The film is directed by Munehisa Sakai.

For those of you who are following One Piece using the releases from Manga UK, you will immediately notice a few things different, due to this film being slightly ahead of our timeline. Firstly (and most noteworthy), the Straw Hats are no longer aboard the Going Merry, they are now on the Thousand Sunny. 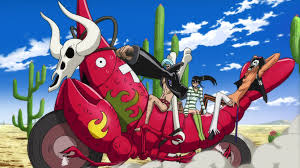 There are also two new crew members that we are yet to meet in the series. These are Franky, a Speedo wearing robot who is a shipwright and handyman, and Brook, a skeleton with a big Afro who is the ship’s musician.

It tells the story of Shiki, The golden Lion, a pirate who is in the process of hatching a dastardly scheme when he encounters our friends, Luffy and the Straw Hat Pirates. 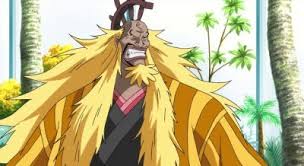 Shiki first encounters the crew when they contact him to warn of an impending storm. Upon realizing that it was Nami who first detected the storm where his own navigators failed, he decides that he must have her for his crew and lures them to his flying island. Once there, he kidnaps Nami and scatters the others to different corners of the island, where they are forced to take on the might of the strange and abnormally large and powerful creatures which are it’s inhabitants. 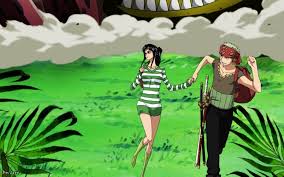 Sanji and Usopp are teamed up, as are Zoro and Chopper, who rescue a young girl and take her back to her village. While there, they discover that Shiki has enslaved all the men and taken away all of the IQ plants, which act as the only cure for a disease brought about by proximity to the Daft Blue trees surrounding the village to keep the animals at bay.

It is up to the Straw Hat Pirates to stop the very powerful and well defended Shiki from continuing his experiments on the local wildlife, find and rescue Nami and of course prevent him from destroying their homes in the East Blue. 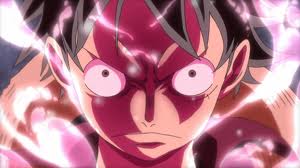 If you haven’t previously seen any One Piece, don’t worry, this film works just as well as a stand alone. The animation style used is very different to the series, much slicker, richer and more detailed. It feels extravagant and is a joy to watch. It’s also great to see the Straw Hats kicking butt and looking cool doing it.

This is a brilliant watch, thoroughly enjoyable (I had watched it twice within two days of receiving it!) and is a must own for fans of anime and One Piece alike.

One Piece Movie: Strong World is available to buy on DVD and Blu-ray from 30th June 2014.