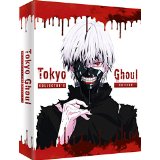 Tokyo Ghoul is based on the manga series by Sui Ishida, produced by Studio Pierrot (Bleach, Naruto) and directed by Academy Award nominee Shuhei Morita.

This release is limited to 1000 copies, presented in a collector’s packaging, with a hardback booklet and plenty of special features. 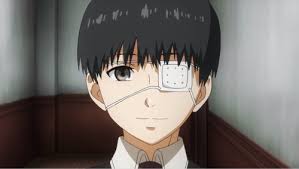 Tokyo Ghoul is set in a Tokyo where ghouls co-exist with humankind and an uneasy truce is in place. Ghouls look human to the casual observer, except for their red eyes (which they can control), but the only food they can eat is human flesh. This of course leads to conflict with the authorities. They roam the wards and are kept in check where necessary by the CCG, a branch of the police. Everyone is aware of their presence, but to most they seem a distant threat. 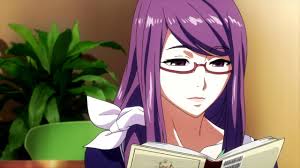 That’s all about to change however for our hero, Kaneki (Austin Tindle – Guilty Crown) when he walks into a coffee shop with his best friend Hide (Clifford Chapin – Robotics;Notes). There he spots the beautiful Rize (Monica Rial – A Certain Magical Index), with whom he is besotted. Much to his delight, he manages to secure a date, but all is not as it seems.

When she tearfully explains that she lives near an area of ghoul activity he is more than happy to walk her home. But that decision will change his life forever. When she brutally turns on him he realises too late that she is in fact a ghoul. Only a freak accident saves him, but when the doctor transplants her organs into him in order to save his life, he also unwittingly seals his fate. 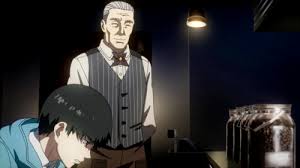 Suddenly he finds himself caught between two worlds, part ghoul, part human and 100% confused. Luckily he is taken in by the owner of the cafe, Anteiku, in which he met Rize. It forms a safe haven for ghouls who wish to feed without taking human life. For the only food he can now eat is human flesh and that doesn’t sit well with him. 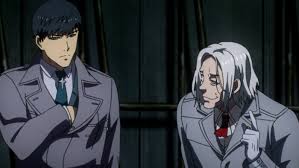 To make matters worse there are as many types of ghouls out there as there are humans, as well as  lots of warring factions, not to mention the Doves, specialized ghoul hunters working for the CCG. Kaneki will have his work cut out negotiating the minefield that his life has become.

Tokyo Ghoul is really gorgeous to look at, with an engrossing and well written story. It is gloriously gruesome and genuinely quite shocking at times with lots and lots of twists and turns and you’re never ever completely sure where the lines are drawn between the good guys and the bad guys.

The quality of the animation certainly makes this worth watching on Blu-ray. I can’t wait for series 2, I would thoroughly recommend this to anyone (over 15 of course!). Well worth adding to your collection.

“It’s only natural. Ghouls are equal opportunity carnivores. Think of life on this planet as a whole. Mankind eats every beast that squirms or crawls. Since humans are all we eat, we level the playing field for other creatures.” 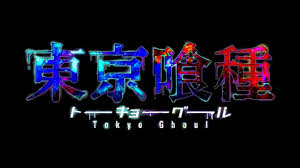 Tokyo Ghoul is available to pre-order online now on both DVD and limited edition Blu-ray and will be released on 05th October 2015.