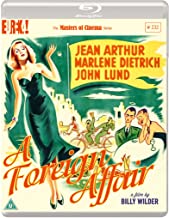 Masters of Cinema brings you #232 which is another five-star film from the capacious vaults of the writer/director the ‘illustrious’ Billy Wilder (Witness For The Prosecution, The Apartment, The Private Life of Sherlock Holmes, Irma La Douce, Some Like It Hot, One, Two, Three). This time it is the Americans in the bombed out Berlin looking to rebuild it, but Congress is worried about the morale of their post-battle fatigued soldiers. Except one who wants the morals of the soldiers put under scrutiny. Brilliant. 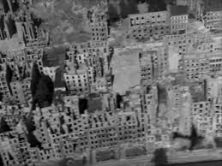 The World is reeling from the effects of WWII even the aggressors, after the Allies dropped 175,000 tons of explosives and incendiaries on the capital Berlin. 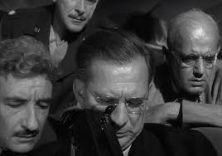 into zones run by the allies and A Foreign Affair concentrates on the American zone. Back home in the USA, Congress is worried about the mental health of their long serving servicemen, and they are sending over a committee to check-up on their condition.

“I say, build up their industries, get those smokestacks belching again.”

Among these congressmen is the perfunctory representative from Iowa, Phoebe Frost (Jean Arthur, Mr. Smith Goes to Washington, The More the Merrier, Shane, You Can’t Take It with You) who has the moral standing of the 12,000 G.I’s on her mind.

Kind of a moral malaria. 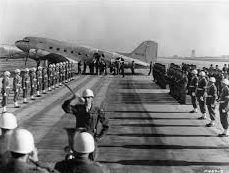 Waiting for the committee is Colonel Rufus J. Plummer (Millard Mitchell, Winchester ’73, Singin’ in the Rain, Twelve O’Clock High) and a guard of honour with a twenty-four-piece band as he gives his rousing speech to his men

about the impending questions and interviews they will get over the next five days. Meanwhile captain John Pringle (John Lund, The Battle at Apache Pass, Five Guns West, High Society, The Mating Season) from the Denazification division is showing off the 52 denier silk stockings he has, to trade with the locals at the Brandenburg gate black market. 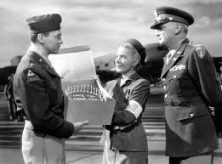 The aptly named Miss Frost has a delivery to make and it is to Captain Pringle, a huge chocolate cake sent from a suitor back in Iowa 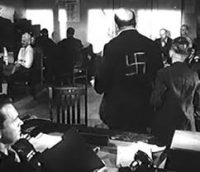 who Pringle grew up with. Miss Frost is quick to point out that a Captain should settle down with a good wife back home and not flirt with the local Fräuleins.

“What’s Congress? A bunch of salesman with their feet in the right door.

But Johnny does like the Fräuleins, one in particular, the resident singer at the Lorelei night-bar Erika Von Schluetow (Marlene Dietrich, Witness for the Prosecution, Touch of Evil, Judgment at Nuremberg) a woman with ‘Bedroom eyes’ and a murky past.

The fun starts when Miss Frost has a chance viewing of Erika at work that she thinks this singer is a former girlfriend of a high-ranking Nazi officer and should be paying her penance for her associations. So who is protecting this siren of the night?

You take art, I take spam.

A Foreign Affair is an excellent way to spend an afternoon of fun, laughter and a lot of well written satire and then you can throw in the great songs by Marlene. Knockout. 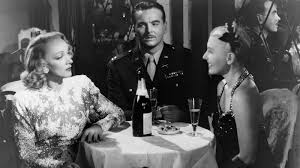 A Foreign Affair is available on Blu-ray