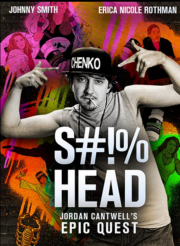 For the love of ‘Chenko’.

Writer/director Mike Morelli (A Rich Tradition of Magic (Short)) brings us his first full feature film in the guise of a unique comedy that will have you rolling around on the floor, because of his lead actor, also new to a feature film Johnny Smith (The Vanishing American Dream (Short)) who plays a cracking roll for such a relative newcomer.

It’s all about the Chenko.

Chenko is the latest thing to hit the streets to get the kids as high as a kite, made from depleted scorpion exoskeleton. The only problem is that it 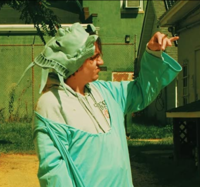 has just been made illegal, and it is the only thing on  Jordan Cantwell’s (Johnny Smith) mind twenty-four hours a day. He is having a very bad time. He is trying to scrape enough money to get a bag of Chenko, that everybody else seems to have. He advertises for a blood drive for the army Vets dressed up as the Statue of Liberty, but he is more interested in the drive to get Chenko. He even goes as far as stealing from the Vets charity box which really ticks of Vet Walter Peacock (Bill Mellen, Street Justice: The Bronx (TV Series)). 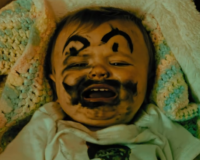 At home, he has his girlfriend Janeé Schlemson (Erica Everett, The Vanishing American Dream (Short))  and their newly born son Cody (Declan Dzurkoc), You may well ask why does baby Cody have paint all over his face? Well my reader that is because of Jordan’s favourite performing artists ‘Face F*ka’ 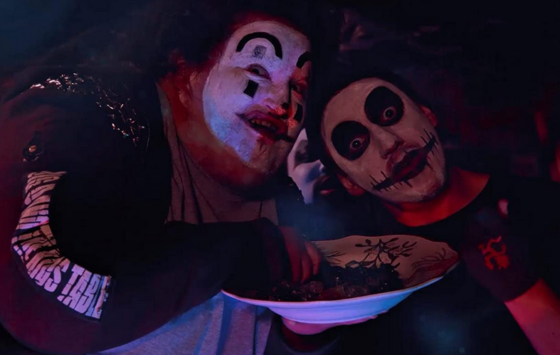 The face painted rapping duo FaceF*uka (Johnny Smith) and Stabby D (Timothy Chivalette, The Sound of Magic) are running a baby face painting/ baby tattoo competition to win a lifetime supply of Chenko. Which inspires Jordan to wrangle enough money to head to the tattooist for a once in a lifetime opportunity for his beloved Chenko.

The internet said it… So it must be true. 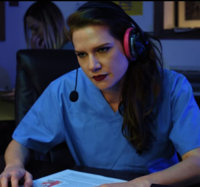 All this baby face painting is, according to Janeé’s sister the wicked dentist receptionist from hell Raneé Schlemson (Anna Szapiro, In a New York Minute) making him sick, and she needs Jeneé to get the money together to get some baby aspirin. But Jeneé is as cash strapped as Jordan because she is signed up to the Angela hairdressing school, and that means everything to Janeé. 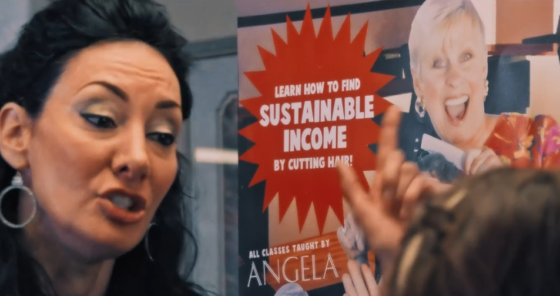 With peer pressure from her snobby sister and mother (Peggy DiPaolo-Andres, Jesus Saves!) she needs to get money just like Jordan to save the baby. But Jordan being the Chenko loving Jordan that he is he sees different opportunities for baby Cody.

With all the quests going on, Jordan and Reneé have their highly amusing lives ahead of them, and when you throw in the Samurai sword wielding drug dealer Murphy (Steve Carlsen, Leaky Thoughts (TV Series)), the homicidal  Officer Choner (Justin Morieko, Dead Awakening) and baby dealers (Cody Wright) into the mix you know you are in for mayhem. Sh*thead is a unique comedy, and I don’t think we’ll see the likes of it again, unless writer/director Mike Morelli has any more brilliant ideas. Prepare to be stunned into laughter.

Without Chenko, there ain’t no Life! 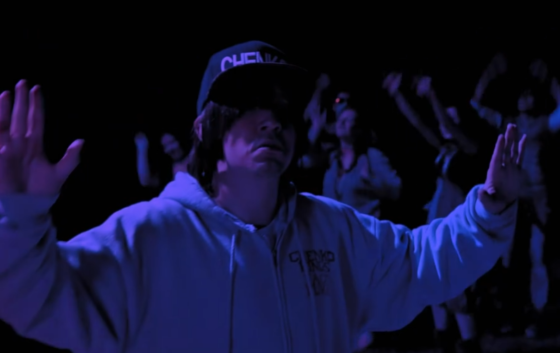 Listen to the Soundtrack on Spotify:
https://open.spotify.com/album/79394rFTk8Z1vyjfQRhn4p