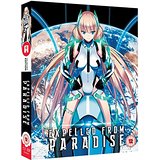 It is set in a world where problems down on the planet have left Earth barren, with only a handful of inhabitants remaining. 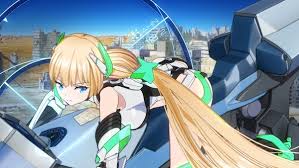 The rest of humanity reside on a space station, known as Deva, as cyber personalities, allocated memory to use according to their social standing. 3rd Officer Angela Balzac (Wendee Lee – Bleach) is a System Security Officer for Deva, charged with investigating a series of cyber attacks by an individual calling himself Frontier Setter (Johnny Yong Bosch – Space Dandy). 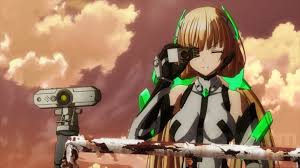 Frontier Setter keeps hacking into the space station’s main frame using their connection with the surface. He spreads dissent, showing the inhabitants a ship in orbit called the Genesis Ark and offering them a place aboard, trying to rally them to his cause.

After many failed attempts to stop him hacking their systems, the powers that be decide to physically send Angela to the surface to track him down. They create her a body using her own DNA, but due to time constraints they are forced to cut short the growth time, leaving the body only sixteen years old. 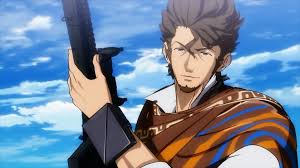 They allocate her a local contact who they have worked with before, the charismatic but controversial Dingo (Steve Blum – Naruto: Shippuden). Right from the start things don’t go great, but they have to learn to work together, without the use of technology, to track down and stop the terrorist, Frontier Setter. 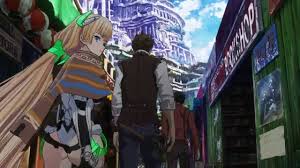 Expelled From Paradise is a joy to watch. The animation is glorious, sweeping vistas and eye popping cityscapes and lots and lots of details.

The story is great too and the fight sequences are some of the best I have seen for a long time. It is really good to see some pure science-if for a change, it’s a genre which is often neglected.

A great watch, banging soundtrack and well worth adding to your collection.

“I’ve had the chance to listen to a gamma ray burst that was ten million light years away. I’ve even felt around for sub atomic particles with my fingertips.

Expelled From Paradise is available to buy now on Collectors Edition Dual Format and standard DVD.