3 stars for this rather lack-lustre next installment in the story of Naruto Uzumaki. 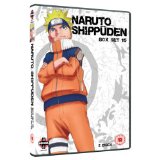 This takes place directly after the events of the previous Box Set 14, set during the Konoha History Arc and sees The Leaf Village (Konoha) trying to re-build and pick up the pieces after being destroyed in an attack.

The Hokage, Tsunade, is still in a coma, having over exerted herself in defense of the village, leaving Danzo in charge, while Team 7 continue with their missions (without Sasuke, who has left the village due to a falling out with Naruto). 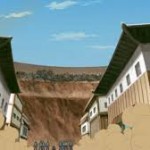 At least I think they do. And that is a major part of the problem with this series. There are so many flashbacks and sequences of misty eyed reminiscence that you are almost never sure whether what you are seeing is taking place now or at some undefined point in the past. The only time you can really be sure you are in the present is when they are at the bedside of Tsunade.

I am fairly sure that most of the missions are in fact flashbacks, which all seems very odd and rather pointless. 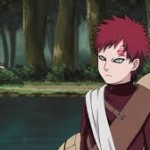 We also see the return of some familiar faces, for example Lord Gaara, from the Hidden Sand Village. Or maybe not, they could just be remembering when they met last time.

This is an ongoing problem and makes it all quite difficult and frustrating to watch. It doesn’t help that the whole thing feels disjointed and completely lacking in direction.

As you would expect from Naruto, the animation is as pleasant to look at as ever and there are the odd moments of comedy, but in general it seems like an excuse to be moralistic.

As with the previous collection, whoever converted this hasn’t bothered with anything other than the voice acting, so the opening and closing songs are not subtitled and all the credits are in Japanese.

This will no doubt be great for the many die-hard Naruto fans out there, but I’m afraid it just doesn’t do it for me. 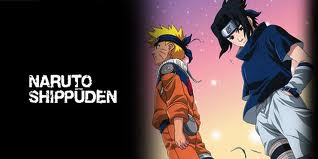