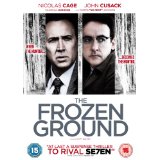 Written and Directed by Scott Walker. This is his first foray into directing a feature film and one with such a serious subject matter and it is done with respect to the victims and their families.

The result is a compelling watch.

The story starts in Alaska 1983 when screams coming from a room and when the police breakdown the door they find a young girl handcuffed in the bathroom. 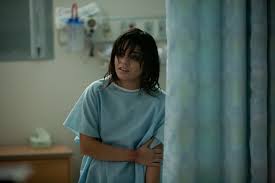 The young girl is Cindy Paulson, (Vanessa Hudgens, Sucker Punch) who has been raped and assaulted, but the police stop treating her as a victim when they find out that she is a prostitute. Claiming that her treatment comes with the territory, they practically abandon her, except for one who sends the documents to Sgt. Jack Halcombe, (Nicolas Cage, Lord of War) who believes that this girl is the luckiest girl in Alaska as she is the first person to escape a local serial killer. 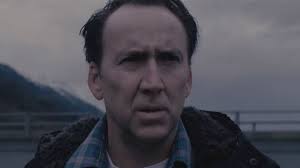 He collates every missing woman of a certain height and weight that have not been traced.

When a body is found out in the frozen wastes of Alaska things start to fall into place that the serial killer may be the known killer Robert C. Hansen, (John Cusack, 2012).

The trouble Jack has is that the rest of the police force don’t believe in his theory so he must set out to find the lucky/unlucky victim and get her to work with him as Mr Hansen is still out for blood, any blood but especially Cindy’s. 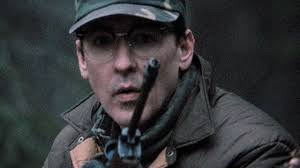 The calm, collected and delusional Hansen evades the police at every turn, to Halcombe’s ever increasing frustration.

Which will get to their quarry first? 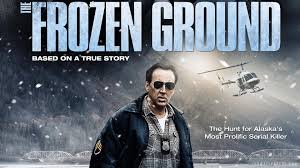