4 stars for this tense thriller, familiar names with unfamiliar faces. 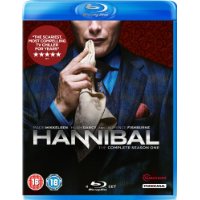 Hannibal is the latest incarnation of the well known characters created by Thomas Harris (Red Dragon, Silence Of The Lambs, Hannibal) and is set during the time of Red Dragon.

The series was created by Bryan Fuller (Pushing Daisies, Heroes) and directed by David Slade (Twilight: Eclipse, 30 Days Of Night). 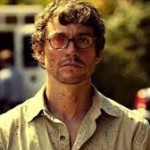 Hannibal tells the story of Will Graham (Hugh Dancy – Black Hawk Down, King Arthur), a brilliant and talented FBI criminal profiler, struggling to come to terms with his own demons, while trying to catch the worst of the hardened criminals that society has to offer.

When Will Graham threatens to walk away during a particularly difficult case, the Minnesota Shrike, his boss Jack Crawford (Laurence Fishburne – The Matrix, Mystic River) fears for his sanity and calls in the enigmatic and well respected FBI psychiatrist, Hannibal Lecter (Mads Mikkelsen – Casino Royale, The Hunt) to try and counsel him and keep him on an even keel. 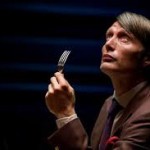 Minnesota Shrike, Abigail Hobbs (Kacey Rohl – Red Riding Hood, The Client List), the two men gradually begin to form a connection. Little does Will Graham realize that he is working with the greatest serial killer of them all. And just to make things even more complicated they are being ruthlessly pursued by an investigative journalist, Freddie Lounds (Lara Jean Chorostecki – Antiviral, Camelot), intent on disrupting their endeavours at every turn.

This is an excellent version of this story and its colourful characters. The script is really well written and the acting is great (as you might expect from such a stellar cast) and you very quickly find yourself drawn into the sinister minds of the serial killers they are attempting to hunt down.

Hannibal is 18 certificate, so not one for the whole family, but  very compelling viewing, well worth a watch.