4 Stars of Teenage dreams of Boobies and Panties. 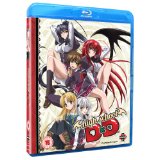 If you find toilet humour, nudity and teenage perverts offensive, this series is not for you.

animated from the manga series of the same name, written by Ichie Ishibumi and illustrated by Miyama-Zero and serialised in Dragon Magazine/Fujimi Fantasia Bunko. 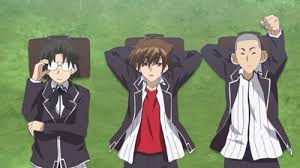 Matsuda, Motohama and Issei Hyodo are all teenage perverts, attending the Kuoh Academy, they spend most of their time letching at girls breasts and panties, banking and downloading their memories for later when they are alone in their respective bedrooms. With only dreams of having a girlfriend of their own this is pass time in the main stay of their time at school, finding holes in the girls locker-room, always getting caught and being beaten and branded perverts. 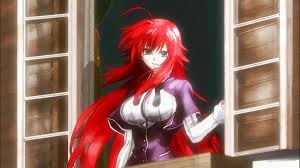 The apple of Issei’s eye is the president of the Occult Research Club and she is the best looking girl in school and she seems to have an interest in him from afar.

Whilst walking home Issei stops at his usual thinking spot, on an overpass, going over his lack of prowess with the ladies he is interrupted by a 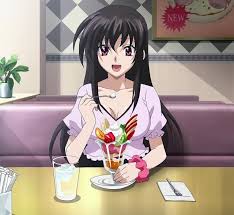 pretty young girl. Yuma Amano says that she has been observing him lately and she would like to be his girlfriend. Issei can’t believe his luck that he has a date.

His friends are shocked at this turn around in his luck with the girls and such a pretty one as well. Issei and Yuma go on their date in town looking in shops and ice-cream parlours, whilst waiting some one comes up and gives Issei a “wish” flyer, he puts in  his pocket and forgets about it. By the end of the night they end up by a fountain and all of a sudden Yuma starts a transformation telling Issei that what he has is far to dangerous and he must die. 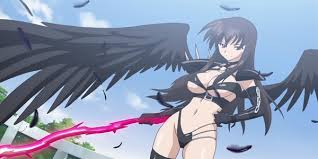 She produces a spear of light and spears him through the stomach and as he lye’s there dying he morns the fact that he never got to be with Rias and how how he wishes she would be his.

The next thing he is turning of his alarm clock and just puts it down to a lucid dream. This is when Rias takes a hand in the proceedings by inviting him to the ORC room and tells him that he made a wish and that she saved him and that she is a devil as are the other members of the ORC and that he is the newest member of the club, being Tias being her pawn. 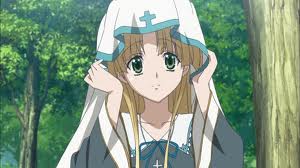 Whilst out on his new errands he comes across a young girl who is a clumsy nun and whilst looking at her panties he suddenly thinks that he should be kind even though he is a demon. He finds out that her name is Asia Argento and helps her find her church and they promise to be friends.

Rias explains that being a devil means that they are constantly fighting Angels and the outcast fallen angels and the exorcists and apart from the obsession with breasts (which I have kept the pictures out) the fight with these fallen angels takes the main premise along with friendship.

Nice animation and a story that will keep every teenage boy riveted to the settee. It covers what boy think about and what they think girls think about, also what girls think boys are thinking about which can have you laughing out loud. 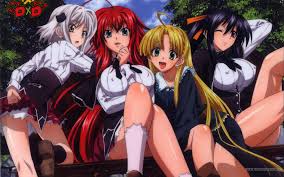 Available to Buy on DVD and Blu-ray on the 26th May.