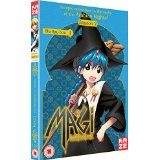 This is the continuation of the Japanese anime based on a manga written and illustrated by Shinobu Ohtaka. Released in 2012 and produced by A-1 Pictures. The opening and closing songs from episodes 1-12, the opening theme song is “V.I.P.” by SID and the ending theme song is “Yubi Bōenkyō” by Nogizaka46.

The war is over against Zagan and Ithnan and our friends Aladdin, Alibaba, Morgiana and Hakuryuu have returned to Sindria. Sinbad and his subjects hail them all as heroes and a festival is thrown in their honour. 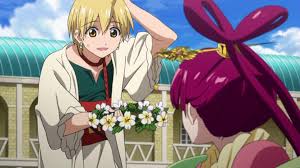 Aladdin is the only person the poorly Dunya will talk to and this is handy for Sinbad for they have found that Duya’s broken dark metal vessel was made in Magnostadt implying that said nation is somehow involved in Al-Thamen’s plans.  This sets Aladdin thinking that he wants to learn all he can about magic and the place to learn it is at the magic academy in Magnostadt, but he can never show that he can control the Ruhk as they discriminate against them. 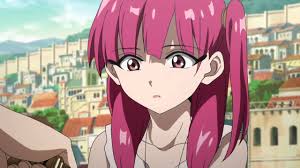 Hakuryuu and Morgiana decide to accompany him up to the Actia Kingdom before they follow their separate paths, with Hakuryuu returning to the Kou Empire and Morgiana leaving to visit her homeland in the Dark Continent and Alibaba has to sort out his magoi’s.

With our intrepid friends seeking their futures and all agreeing to meet up again in good cheer, first they must seek those futures against pirates and family members and difficult choices as well as the battles that all come their way as each go in their own direction.

Ace follow up to the first series a must for fans and looking forward to the pre Christmas part 2 also on Blu-ray.