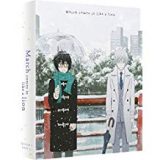 March Comes In Like a Lion is based on the ongoing manga series by Chica Umino (Honey and Clover). It is adapted to anime by studio Shaft (Fireworks, Puella Magi Madoka Magica) and directed by Akiyuki Shinbo (Negima).

This release is Season 1 Part 2 and features episodes 12 – 24 on Blu-ray with both the English dub and original Japanese track with English subtitles in Collector’s packaging. It is presented courtesy of Anime Ltd.

“It’s a strange feeling. Just a few days ago, it was so lively…” 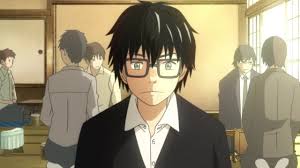 The second part of the series follows on directly from the end of part 1. Now recovered from his illness, Rei (Khoi Dao – Fate/Apocrypha) is back home and already missing the happy family atmosphere at the home of Akari (Laura Post – Kill La Kill, Knights of Sidonia) and her sisters, Hinata (Kayli Mills – Occultic Nine) and Momo (Xanthe Huynh – The Testament of Sister New Devil).

With depression threatening to overwhelm him, he begins to prepare for the very important upcoming Shishi-ou tournament. He will face adversaries old and new and this time we concentrate more on his Sho-gi and also the relationships between the players. 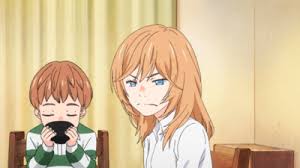 We finally get to know his adoptive family more and see the underlying reasons for some of his issues.

He joins the workshop run by Shimada (Kirk Thornton – Eureka Seven) and starts to become his friend, even helping him out when he has to travel for the tournament. He also spends more time with Nikaido (Zach Aguilar – Charlotte, One Punch Man) and Smith (Robbie Daymond– Durarara!!x2) and slowly learns the life lessons he will need to be successful. 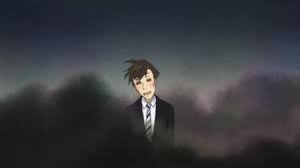 This is a glorious ending to this beautifully written series. The quirky animation style and atmospheric soundtrack perfectly complement the story and the way the characters are developed throughout makes the whole thing fascinating to watch.

If you are after action then this is not the series for you, but it is a very unusual and informative slice-of-life anime and well worth adding to your collection.

“Man, he’s scary. He acts like some kind of heavyweight or something. So forceful and mysterious. It’s like he’s made of crude oil and I’m salad oil, and that’s pretty crude..”

March Comes In Like A Lion – Season 1 Part 2 is available to buy now on Collector’s Blu-ray.