This is a very entertaining piece of Anime, 3.5 stars for this one. 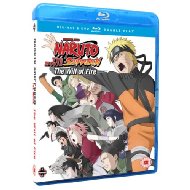 Naruto Shippuden: Movie 3 – The Will Of Fire is brought to us by Manga and is the latest in a long running franchise started in 2002, which includes TV series’, a number of feature films (including Blood Prison and the Lost Tower) and also computer games (various platforms, but mostly only in Japan).

The character of Naruto Uzumaki is based on the Manga by Masashi Kishimoto and is voiced in all of the film and TV adaptations by Junko Takeuchi. Also featured in all of the Naruto stories are the voices of Chie Nakamura (Sakura Haruno) and Satoshi Hino (Sai), the gang all seem to be kept together for each one, a good way to ensure continuity.

Naruto Shippuden: Movie 3 – The Will Of Fire continues the story of our hero Naruto, as Ninjas begin to mysteriously disappear and the eye of suspicion turns towards the Leaf Village, the only place not affected.

Naruto’s sensei Kakashi sets out in secret to investigate what is happening and Naruto remembers his teachings, “A Ninja who breaks the rules is scum, but people who don’t take care of their friends are even worse than scum“. 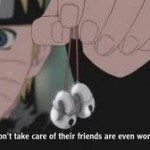 He takes these words to heart and decides to defy the village leaders and uncover the true story.

Naruto is extremely persistent, amusingly so at times and very difficult to deter from his chosen course.

The animation is glossy and modern and the action is fast and furious, with some excellent fight sequences and seems to be perfectly pitched for the age group at which it is aimed (it has a 12 certificate), exciting but with a strong moral and ethical code which is clearly explained.

Existing fans of Naruto and newcomers alike are sure to find this worth a watch.

Naruto Shippuden: Movie 3 – The Will Of Fire is available to buy now on DVD and Blu-ray.