5 Stars of Brilliance and a future not perfect. 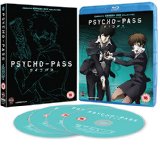 From the studio that brought us the world of Ghost in the Shell, Production I.G. and directed by Naoyoshi Shiotani, Psycho Pass shows a world that no one I know would want to live in.

Akane Tsunemori has finished college top her class and can have her pick of the top jobs, but she chooses to become a new member of Unit One of the Public Safety Bureau’s Criminal Investigation Division. 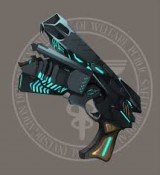 The system in charge of the country is Sy3il and it is able to determine the crime coefficient of a person from the age of 5. It is the job of the PSBCID to enforce Sy3il’s findings by use of their front-line defence the “Dominator”. Just point at the subject and it will instantly read a persons crime coefficient, and depending on the scale of crime coefficient the force used changes, below 100 no action and the trigger is locked, after that paralysis all the way to a CC of over 300 and then it is

But there is also another problem in the mix, “Enforcers” (The Dog on a Leash). These are people who have a high crime coefficient and are employed in the service to do the dirty work so the “Inspectors” CC doesn’t go too high, as any person at times of high stress can go over the CC threshold and become subject to the Dominator’s justice. 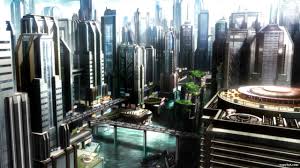 In a mega city like this there is always something to be investigated, from kidnappings to unsolved murders and worst of all the psychos who actually enjoy the pain they inflict on other people. There is also that basic urge of the populace to be nasty at some point without being immobilized by an Enforcer and their Dominator.

This is sit through the lot series, absolutely brilliant as the characters forge their positions within Unit One and fight the mountain of crime within the city and those that are breaking out from the dank underbelly of the city.