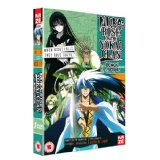 Based on the successful manga by Hiroshi Shiibashi.

Beautifully drawn and animated, this is a series that grips and holds on. I will be getting the first series for sure.

One for the DVD Collection.

This is the tale of young master Rikuo Nura as he plays at the family’s ancient clan headquarters, playing pranks on the people that live there. At 8 years old he doesn’t have much to worry him apart from the memory of seeing his father killed by a mysterious young girl. 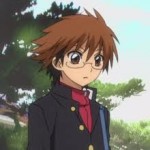 What he regards as normal is not what the rest of the country regard as normal. As he attends school a classmate gives a speech on how Yokai eat children’s livers and send them to hell.

Rikuo protests their innocence but this mainly falls on mocking ears.

It is when a new girl joins Rikuo’s class and she is special as she seems to know a great deal about the Yokai, this leads to the forming of a paranormal investigation team and they want to meet at Rikuo’s place as they heard it was haunted.

This is all a bit much as Rikuo’s grandfather 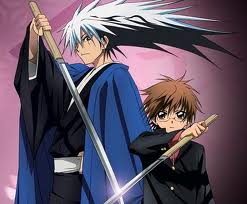 Nurarihyon is the supreme commander of all the Yokai and he says that as it is about time that Rikuo takes his place as the third heir. Being only 1/4 Yokai he prefers to be human but when he finds that some of the Nura clan Yokai have attacked a bus containing his school friends he changes into his Yokai persona and goes to the rescue of his classmates and destroy the wicked Yokai and swears to become the protector of humans. 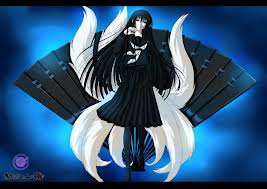 400 years ago Rikuo’s ancestor fought the evil Kyoto Yokai, Hagoromo Gitsune along with the Onmyoji, Hidemoto also with the sword that he got off the love of his life, Yohime, the Nenekirimaru a spirit blade that only cuts Yokai.

Now Rikuo must make his mind up whether he prefers his day time human persona or the night time Yokai version, along side learning the craft of becoming the “Lord of Pandemonium”.

Can the Leader of the Night Parade of a Hundred Demons against the resurfaced Hagoromo Gitsune and the Onmyoji stop her giving birth to a new evil?

Learn to Cut the Fear. 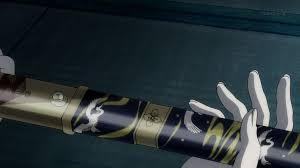 Available to Buy on DVD on the 10th March