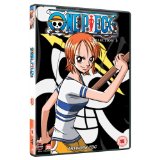 One piece is based on the Manga by Eiichiro Oda, which appears in Weekly Shonan Jump and is the best selling Manga series of all time.

This is the story of the Straw Hat Pirates and their quest to find “One Piece”, a legendary treasure of unimaginable value, reputed to be hidden within the Grand Line.

The crew, although all very different, each have their own strengths and powers. Monkey D. Luffy (Colleen Clinkenbeard) is the captain of their ship, 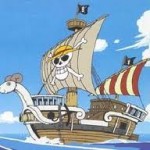 the Going Merry, and has the ability to stretch his skin to enormous proportions, thanks to his accidental consumption of a Devil Fruit. He is one of many characters in One Piece to have these abilities from eating the fruit.

Roronoa Zoro (Christopher R. Sabat) is an unmatched swordsman, able to wield three swords with ease and grace. Sanji (Eric Vale) is, quite magnificently, a pirate chef who is also very handy with martial arts and Usopp (Sonny Strait) is the resident expert in ranged attacks.

Last but not least is Nami (Luci Christian), the navigator and the one among the crew who seems most inclined to take charge in a sticky situation. Sanji is hopelessly besotted with her, which makes for some very entertaining exchanges, as his eyes turn to love hearts every time he sees her. 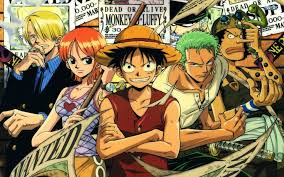 Collection 3 comprises episodes 54 – 78 and follows the adventures of the Straw Hat Pirates as they explore the Grand Line. This is also the beginning of the Alabasta Saga, one of the main story lines, as our heroes battle against Baroque Works, a ruthless gang of mercenaries, in order to reach Alabasta and help Princess Vivi to save her country.

Although the animation style appears very primitive and childish on first inspection, this series is not designed for kids. It is a 15 certificate and it is fabulous.

Do not allow the style to put you off, this is clever stuff, well written, intelligent and laugh out loud funny all the way through. The characters are all well developed and the interaction is as heart warming and inspiring as it is funny. The Straw Hat Pirates are all about fun until something needs to be done and then they are all business, and that is a large part of what makes this so good to watch.

Everyone should have a copy of this in their collection!