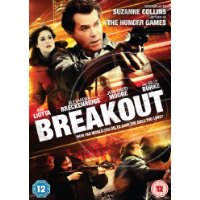 Breakout is written by Suzanne Collins (The Hunger Games, The Underland Chronicles) and directed by Doug Logato (Wild Wild West, Best Shots) and was originally released under the name of “Ticket Out“.

Breakout tells the story of Jocelyn (Alexandra Breckenridge – She’s The Man, Family Guy), a mother desperate to keep her children safe and away from her abusive and dangerous husband, Dennis (Billy Burke – The Twilight Saga, Red Riding Hood). 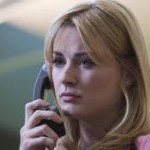 Charged with kidnapping by Dennis, Jocelyn goes on the run from her husband and the police with her two young children, D.J. (Colin Ford – Under The Dome, We Bought A Zoo) and Mary Sue (Ciara Bond). As she tries to escape, she is contacted by an underground network dedicated to helping people in her situation. Enter Jim (Ray Liotta – Goodfellas, Smokin’ Aces) a member of the organisation, who takes on their case and attempts to get them to safety.

In the hands of a complete stranger, with unknown motives, who relies upon mysterious sources for his information, they can only trust that his intentions are good.

The performances aren’t at all bad, the best we’ve seen from Ray Liotta for a while, and everyone holds their own well. The script is well written and there are quite a few interesting twists to the story, it does have you wondering a few times and you’re never quite sure what’s going on until the very end.

This is never going to be a classic but it does make for entertaining viewing.

Breakout is available to buy on DVD from 9th Sept 2013