4 stars for this unusual and imaginative sci-fi film. 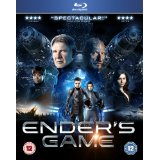 Ender’s Game is written (screenplay) and directed by Gavin Hood (X-Men Origins:Wolverine, Tsotsi) and is based on the best selling novel of the same name, written by Orson Scott Card.

It is set in a world where humanity is reeling from an attack by a race known as the Formics. Having been saved only by the heroic actions of one Mazer Rackham (Ben Kingsley – Schindler’s List, Gandhi), the army are more than keen to recruit what they 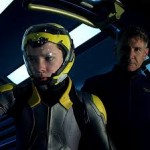 believe to be their biggest asset, a generation of children who have trained in military and fighting techniques and strategy using computer games.

Enter Ender Wiggin (Asa Butterfield – Hugo, The Boy In The Striped Pajamas), a highly skilled gamer who is chosen for entry to Battle School by Colonel Graff (Harrison Ford – Paranoia, Indiana Jones). He is the only member of his family to make it this far, his brother having washed out for excessive aggression, and his sister, Valentine (Abigail Breslin – Little Miss Sunshine, Signs) failing due to her compassion. 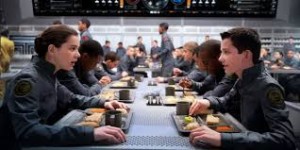 Pitted against fellow trainees and aided by his highly competent new friend Petra (Hailee Steinfeld – True Grit, 3 Days to Kill) Ender and his comrades must fight toward the ultimate goal, beating a series of increasingly difficult scenarios in order to gain admission to Command School, where they will train to command the fleet that will save Earth.

Ender’s Game is a very enjoyable film. The special effects team have done a really great job with it, beautifully complementing the all-star cast, excellent script and well thought out story. 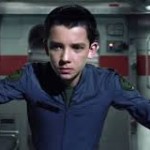 The acting is also every bit as good as you would expect, particularly from the younger cast members, who hold their own against the acting heavyweights who surround them. The tension is built very well, all leading to a thoroughly unexpected and devastating conclusion.

Also included with the Blu-ray version only is a featurette; Ender’s World: The Making of Ender’s Game.

This is a must see for all fans of the sci-fi genre, a new and refreshing approach, both exciting and compelling, making this film well worth adding to your collection.