5 Star film all the way. 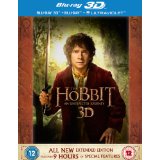 Now with an extra 12 minutes.

Peter Jackson (Lord of the Rings trilogy) is the god of making epics and this first episode of the Hobbit (J.R.R. Tolkien) is just showing the others how it is done. 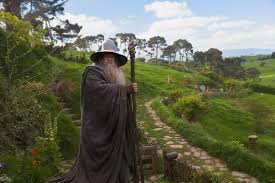 Gandalf (Ian McKellan – Lord of the Rings trilogy) turns up in Hobbiton and arrives at Bilbo’s (Martin Freeman – Hot Fuzz) house.  Not getting the welcome he wanted he leaves a mark on the door indicating that this is the meeting place for the displaced Dwarfs of Erebor that wish to retake their ancestral home.

Thorin (Richard Armitage -Captain America: The First Avenger) is the 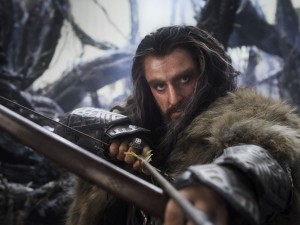 leader of a band of 13 Dwarfs against the hoards of Orcs and their leader Azog the defiler ( The Pale Orc).

Having signed the contract Bilbo chases after the intrepid band of Dwarfs and and grey wizard. 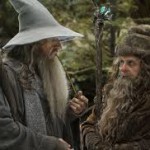 He joins them as their Burglar, as Radagast (Sylvester McCoy – Dr Who 87) discovers that dark forces are at work in the East. 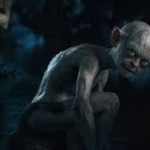 confronting Trolls and he has his first encounter with Gollum (Andy Serkis – King Kong).

Peter Jackson has once again proved he is at the top of his game as all the cast and crew and all those in post production give all they can give into making this new series of films into possibly his crowning glory.

And now we have the Extended Edition in 3D and Blu-ray with a staggering 9 hours of behind the scenes stuff from pre-production to the headaches of filming in such detail, (Appendices 7 An Expected Journey) and (Appendices 8 Return To Middle Earth). Which chronicles the realisation of the characters and locations and with great fun the songs and it all comes lovingly packaged with a holographic cover.

This would make the best Christmas Present for any Tolkien fan young or old to start a collection of the Hobbit Trilogy.

For the original review head over here

Available to buy now on 3D Blu-ray, DVD and Blu-ray.