A classic Hammer Horror from the skill of Terence Fisher, 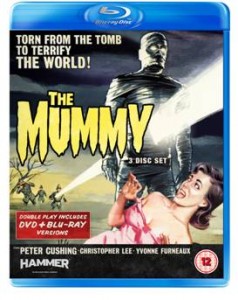 (The Curse of Frankenstein, Dracula, The Hound of the Baskervilles and Dracula: The Prince of Darkness) a fine pedigree for a great British film studio.

Staring Hammer favourites Cushing and Lee. 4000 years ago the Princess Ananka, (Yvonne Furneaux, La Dolce Vita) is buried. Her high priest Kharis, (Christopher Lee, The Lord of the Rings: The Two Towers) has had illegal feelings for the Princess and after her interment he returns to her sarcophagus to revive her with a forbidden spell. 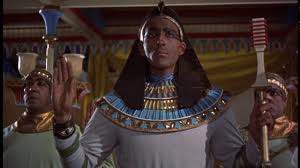 But before he can finish the incantation he is stopped and caught, his punishment is to have his tongue cut out and and wrapped in bandages and entombed alive along with his Princess.

Spring forward to the 1890’s Egypt, the British have arrived and they intend to dig, Stephen Banning, (Felix Aylmer, Quo Vadis) discovers a hidden entrance in a hillside along with his partner 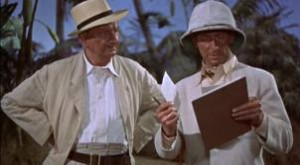 The British desecrate the grave and by accident one of them reads the reanimation spell, but the only thing that is dead in the tomb is the yet undiscovered Mummy (Lee). 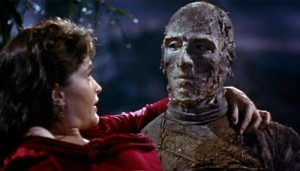 The mummy learns of the desecration of the tomb and determines to reek vengeance on the tomb-robbers.

There’s your story that has spawned many remakes with the same name, now looking crisp clear and colourful, even to the point of seeing the emotions in the voiceless mummy’s eyes.

The Mummy is available as a 3 pack, 1 Blu-ray and 2 DVD’s with loads of extras.

Available to buy on Blu-ray Now.