Now In 1080 high definition this is a beautiful remastering of a classic Howard Hawks (Rio Bravo) Western. 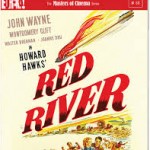 Thomas Dunson, (John Wayne, True Grit) has a dream to start a ranch out there, somewhere in Texas.

After leaving the wagon train Dunson and his trusty sidekick Nadine Groot, (Walter Brennan, Rio Bravo) head across country looking for the spot to start a new life , when they spot fire from the wagons they left.

A while later they spot a half crazed boy with his young calf Matt Garth, (Mickey Kuhn, A Streetcar Named Desire) Dunson takes in the boy after giving him a few lessons in life. 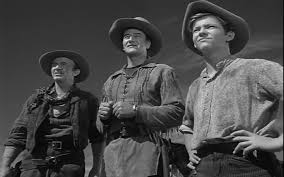 They travel until they come to a wide open plain and that’s where the story starts. A ten year plan to have the biggest herd this side of the Rio Grande.

Now 15 years later and the war over Matt has grown up (Montgomery Clift, From Here to Eternity) and the price of beef in Texas is down.

Dunson is broke unless he can move the cattle a thousand miles to Missouri, and he doesn’t want to do it the easy way, but the most direct way. 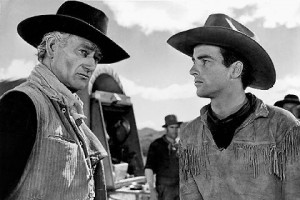 to the market that awaits them, but along the way Dunson takes a harder line on his men, even to the point of shooting those who would desert him.

This has a profound affect on both Groot and Matt even to the point of guns being drawn.

This was a great film when it came out and is still a great film all cleaned up and part on The Masters of Cinema Series.

Feel the sweat and taste the trail dust in great B/W clarity. 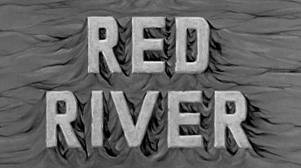