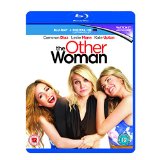 The Other Woman is written by Melissa Stack and directed by Nick Cassavetes (My Sister’s Keeper, Alpha Dog)

He is attentive, courteous and unfortunately, as she finds out after a surprise visit, married.

After Carly’s impromptu visit to Connecticut and poor impression of a plumber, Mark’s wife, Kate King (Leslie Mann – Knocked Up, The Forty-Year-Old Virgin) becomes suspicious and pays a visit to Carly in the city to confront her about her husband. 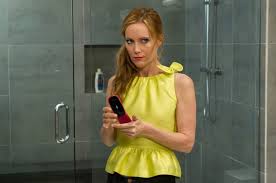 Handling the news very badly (and very entertainingly), Kate tries everything she can to become friends with Carly as she feels she has no-one else to turn to.

Despite all of Carly’s best objections, it quickly becomes apparent that the pair have far more in common than they could ever have expected. And when they inadvertently discover the existence of yet another mistress, the deal is sealed and they set out to find her together. 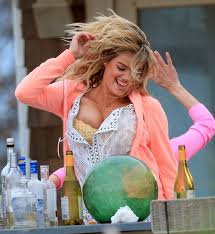 With the help of Mark’s second mistress Amber (Kate Upton – model) the three ladies embark upon an hilarious campaign of revenge and pay back, as the relationship between them grows stronger.

The Other Woman is an excellent film, really funny, with plenty of good acting from all concerned, including Nicki Minaj (The Hangover Part II, Despicable Me 2) as Carly’s secretary Lydia and Taylor Kinney (Zero Dark Thirty, Chicago Fire) as Kate’s brother Phil. 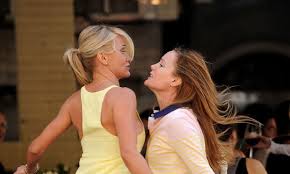 There is plenty to recommend this film, Cameron Diaz’s comic timing and slap stick is, as ever, perfect and the special features are really funny too (you have to watch the Gag Reel and The Giggle Fit). The addition of Kate Upton was also a genius move, as it gives the boys something to enjoy while watching what is essentially a pop-corn chick flick.

Plus, watching Cameron Diaz and Leslie Mann engaged in Chesti-cuffs in the middle of a restaurant is one of the funniest things I have ever seen. Laugh out loud funny from start to finish, a must own!

“You had sex with my husband fifty times?! Don’t you have a job, or hobbies? What’s wrong with you?” 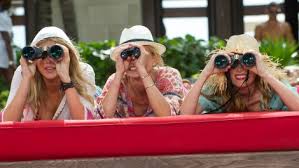 The Other Woman is available to buy now on DVD and Blu-ray.