4 stars for this next installment of the story of Team 7. 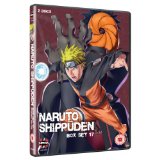 The story follows on from the shocking events of the summit, where Tobi (Madara) of the Akatsuki demanded that the Kage hand over the tailed beasts so that he could create the ten tailed beast and become it’s jinchūriki, paving the way for global domination and then declared the Fourth Shinobi World War when they refused to comply. 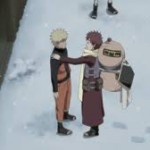 As Sakura heads to meet Naruto with news of her decision to tackle and kill Sasuke herself, she finds she cannot tell him, so instead tells him she loves him and then leaves to take on Sasuke alone.

When Gaara arrives from the summit and tells Naruto of the events there and of Sasuke’s involvement, he begins to realize that Sasuke is no longer the member of Team 7 that he hoped he would be. He is now a member of Akatsuki, and as such is a wanted criminal. 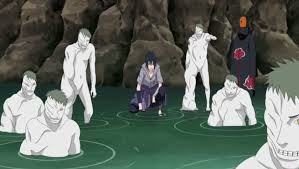 These revelations are all too much for Naruto, who collapses, leaving Kakashi to head off after Sakura in order to help her in her fight.

In the meantime, there are many other battles going on, Killer B (The 8 tailed beast) is being relentlessly pursued by Akatsuki, who already possess seven of the nine tailed beasts and only require Killer B and Naruto to finish their collection. Danzo and Sasuke are engaged in a fight to the death after Danzo confirms to Sasuke that it was under his orders that his brother Itachi wiped out the Uchiha clan. 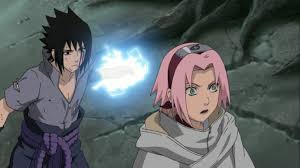 As things begin to come to a head, our characters find themselves forced to grow up as they are inexorably drawn towards a horrifying showdown that no-one wants to face.

Naruto Shippūden Box Set 17 is very compelling viewing, quite dark and an excellent story that has you dragged into it in no time.

As you would expect from Naruto, the animation is lovely and has that distinctive style, everybody running with their arms back and as always the fight sequences are very impressive.

This is very good, right back into the thick of the story again and a definite must have for any fans of Naruto.

“If you really don’t wanna owe me anything, then just become stronger than me…” 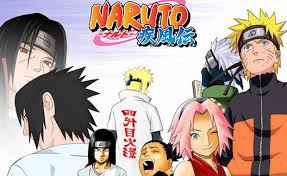