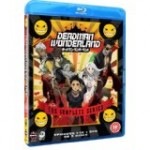 4.5 stars of glorious 18 certificate anime at its best.
Deadman Wonderland is based on the Manga by Jinsei Kataoka and Kazuma Kondou and is the directorial début of  Koichi Hatsumi (key animator on Cowboy Bebop and Ghost In The Shell: SAC) and I can’t wait to see what he comes up with next!
It tells the story of Ganta Igarashi (Romi…more 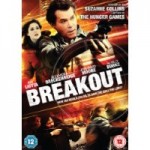 3.5 stars for this thriller starring Ray Liotta.
Breakout is written by Suzanne Collins (The Hunger Games, The Underland Chronicles) and directed by Doug Logato (Wild Wild West, Best Shots) and was originally released under the name of “Ticket Out“.
Breakout tells the story of Jocelyn (Alexandra Breckenridge – She’s The Man, Family Guy), a mother desperate to keep her children safe…more 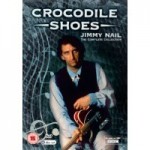 4 stars for this classic 1990’s TV series, 3 stars for the conversion.
Crocodile Shoes was first shown on BBC One in 1994 and was written by the star, Jimmy Nail (Auf Wiedersehen Pet, Spender) who also had a successful music career on the back of the series.
This tells the story of Geordie factory worker Jed Shepperd, played by Jimmy Nail,…more 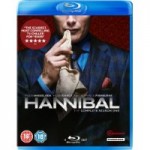 4 stars for this tense thriller, familiar names with unfamiliar faces.
Hannibal is the latest incarnation of the well known characters created by Thomas Harris (Red Dragon, Silence Of The Lambs, Hannibal) and is set during the time of Red Dragon.
The series was created by Bryan Fuller (Pushing Daisies, Heroes) and directed by David Slade (Twilight: Eclipse, 30 Days Of Night).
Hannibal…more