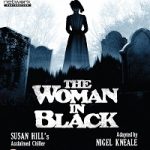 4 star genuinely scary British horror/mystery.
The Woman In Black is a made for T.V. film first shown in the UK on Christmas Eve 1989. It is based on the 1983 novel of the same name written by Susan Hill (The Mist In the Mirror, I’m the King of the Castle) and directed by the great Herbert Wise (I Claudius, The…more 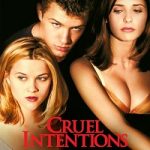 4 star deliciously dark blast from the past.
Cruel Intentions is a fabulously nineties adaptation of the 1782 novel Les Liaisons Dangereuses by Pierre Choderlos de Laclos. With screenplay and direction by Roger Kumble (Suits, Pretty Little Liars), this 1999 film is set among a group of affluent teenagers during a summer break in Manhattan, rather than the 18th Century France…more