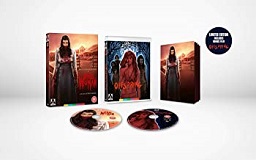 The Woman is an American horror film directed by Lucky McKee (May, Deathcember) and adapted by McKee and Jack Ketchum (Darlin’, The Girl Next Door) from Ketchum’s novel of the same name. It was first released in 2011. Although not mentioned in the film, it is the sequel to the 2009 film Offspring, included as a bonus as part of the Limited Edition release. Both films are presented here following 4K restoration courtesy of Arrow Video.

“I’ve got kids to raise around here lady. And disobedience is not something I want them to witness.” 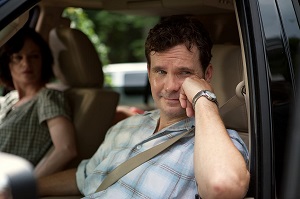 Chris Cleek (Sean Bridgers – Free State of Jones) is a country lawyer, well respected and with a seemingly perfect all American family. Lift the lid a little however, and this illusion seems to be pretty thin. His wife Belle (Angela Bettis – Girl Interrupted, Carrie) seems afraid of him, as does his teenage daughter Peggy (Lauren Ashley Carter – Jug Face, Imitation Girl). His son Brian (Zach Rand – The Swerve) likes nothing more than inflicting pain wherever he can, in fact the only normal seeming member of the family is their youngest daughter Darlin’ (Shyla Molhusen). 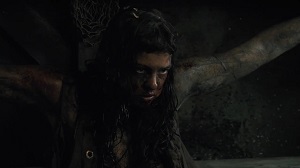 All their lives are complicated further when Chris spots a feral Woman (Pollyanna McIntosh – The Walking Dead, Filth) while out hunting. He hatches a plan and enlists his family to clear the cellar, before capturing the Woman and bringing her home and brutally tying her up in order to ‘civilize’ her. The presence of one more dirty secret may very well prove too much for this already fragile family unit. 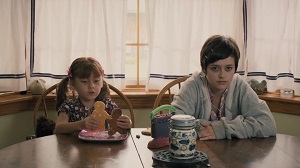 Unbeknownst to the family and unexplained in the film, the Woman is the last remaining member of a band of roaming beach-dwelling cannibals descended from a lighthouse keeper. All of this is helpfully explained in the very gory and intense prequel Offspring, included as a bonus disc. It tells us the story of a family trying to survive the onslaught of a group of savage children moving up and down the Northeast coast of America. 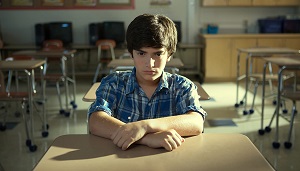 This is an excellent package, featuring plenty of special features. The two films are very different animals, were they not included in the same release you would never dream they were connected.

The Woman is a disturbing look at American family life and the cruelty is uncomfortable to watch. After a relatively slow start horror wise, the ending is a rollercoaster of blood and guts. Offspring on the other hand wastes no time at all in getting to the in-your-face visceral action. Neither film is for the faint hearted, this is strictly for true gore fans only.

Although a little confusing and disjointed, both of these films feel as if they have an important part to play in the genre and as such would be well worth adding to your collection.

“That is not civilized behaviour!”

The Woman + Offspring is available to buy now on Limited Edition Blu-ray and will be released on 25th May 2020.

DISC ONE – THE WOMAN