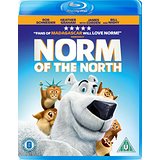 Norm of the North is directed by Trevor Wall (Sabrina: Secrets of a teenage witch) and boasts a host of familiar names.

“I put the soul in winter solstice”

It tells the story of Norm (Rob Schneider – Deuce Bigalow  Male Gigolo, 50 First Dates), a polar bear with a most unusual talent, he can speak human, something he shares with his grandfather (Colm Meaney – Con Air, The Lobster Tale), the former King of the Arctic. 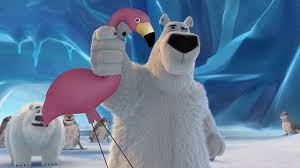 An unfortunate side effect of this is that he finds himself unable to hunt or to kill other animals. He seeks council from a wise old bird, Socrates (Bill Nighy – Rango, Arthur Christmas) and the two of them spot a potential problem, humans have tired of tourism and are now looking to build houses in the Arctic. 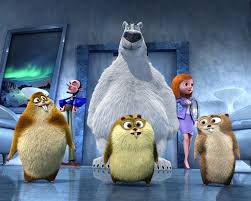 The representative of Greene Homes, Vera Brightly (Heather Graham – From Hell, The Hangover) is there to oversee filming of an advert and when they see Norm doing the Arctic Shake, they realise he would be a great way to sell to the investors.

Wanting to stop the development Norm realises that he can masquerade as an actor and go to New York in the show home to try and prevent the development and save his home. 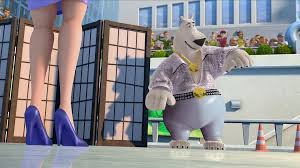 Norm of the North is nicely animated and features a funky soundtrack of modern tunes. Norm is accompanied everywhere by his adorable lemming companions, who are hilarious and really make the film.

The voice acting is as good as you would expect from the cast and the storyline is fine, it won’t appeal much to adults but it’s great for kids and gives lots of good messages about environmental issues and loyalty.

Should keep your little ones happy this summer, well worth a look.

“Polar bears are icons of the Arctic, Norm and an icon with a voice can be very powerful indeed. Our land is vulnerable and we’re responsible.” 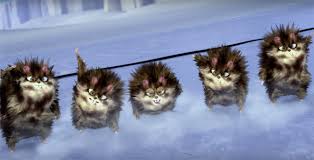