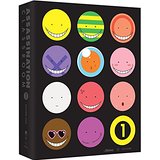 From the manga series written and illustrated by Yūsei Matsui (Neuro: Supernatural Detective) comes a crazy situation that is now anime and directed by Seiji Kishi 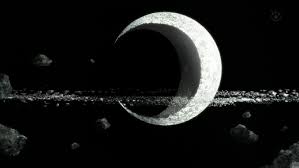 (Humanity Has Declined). In a show of strength something destroys 70% of the moon and this individual will do the same to the Earth in one years time. It is up to the Planet to stop him and thwart his deadly plan. But who is going to do it?

In a bargain the individual says that it is the task of Class 3-E in the Kunugigaoka Junior High School, housed in the old campus up on a hill

separated and segregated from the main campus of D to A classes. These students are the drop outs and disruptive students that the school has given up on, as they will never get decent grades or jobs. He says that he is to teach them for the year and it is up to Class 3-E to assassinate him, with specially designed weapons that can only hurt him, and that he is not allowed to harm any of his students under his care. 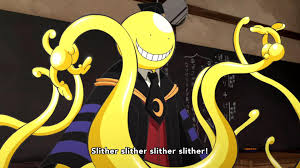 The shock is on the students as this individual and budding teacher is  a bright yellow Cephalopod who can move at mach 20 making the military of the World at a loss as how to destroy him, as normal conventional bullets cannot harm him, so he has designed special b-b guns and knifes for the class.

The Cephalopod has no name and the students of class 3-E don’t care at first as they all pull out their weapons and fire but the teacher becomes a blur as he dodges the bullets and knife strikes. The main member of the class is Nagisa Shiota a boy with bright blue hair and a thirst for knowledge from this enigmatic new teacher. Along with his friend Kaede Kayano a girl with green hair they all kind of like this strange creature that 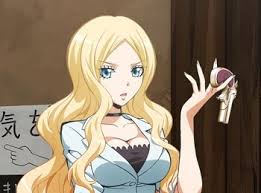 wants nothing more than to impart his vast knowledge and train them to be the best assassins  they can be.

These kids have incentive to kill their new teacher as the government has put up a reward of ¥10 Billion and when suspended student Karma Akabane turns up the ball bearing hits the fan as he is the first to do damage to newly named teacher Koro Sensei, who when smug turns his head to yellow and green stripes. But others are in for the reward, like new language teacher Irina Jelavic, a Russian professional assassin 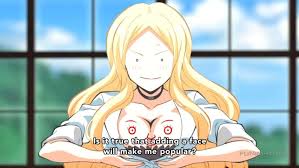 and she has murder and money in mind and she uses all her womanly charms to get her way, all this supervised buy the new P.E. teacher Tadaomi Karasuma who teaches them how to use their knives. A teacher with the destruction of the planet in mind and he loves to pop to his favourite restaurants around the world at break times giving the students time to come up with a plan.

I had never heard of Assassination Classroom and now I can’t wait for Part 2, with Shiota taking notes on Koro Sensei’s weaknesses you’ll laugh out loud at some of his faults. These student will have to be inventive to kill their teacher and it should be them that takes the reward.

“For some reason he likes to groom eyebrows…Immaculately!”