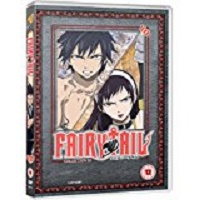 We at RRR are celebrating the return of Fairy Tail after a 22 month hiatus, after the start of the “Sirius Island Arc” in Fairy Tail 9, the start of Season 4. Produced by A-1 Pictures and Satelight and brought to us in the UK by Funimation and All The Anime.

Fairy Tail’s S-Class examination continues on the Fairy Tail sacred Island where their first leader Mavis is buried and their ultimate destination to become an S-Class wizard where the Tenrou tree grows tall to protect the island.

As we found out in part nine the dark magic clan Grimoire Heart are after the dark wizard Zeref who wields the oldest type of magic, which has raw power not wielded today. 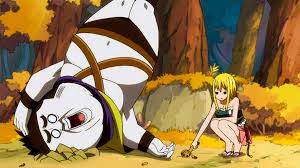 Meanwhile Fairy Tail members had paired up to do the quest for S-Class, but some of them have already encountered Grimoire Heart and fallen by the wayside and now being protected by Wendy and Pantherlily. Lucy and Hikaru’s battle one of the 7 Kin of Purgatory who seems invincible, they are interrupted by Natsu chasing Ultear, and the pair of them have an hilarious battle with a voodoo doll (Mr Cursey) and Happy. 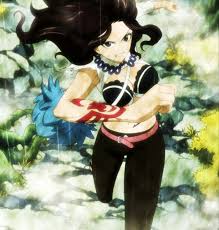 battle with the leader of Grimoire Heart, Hades, who now sits at the head of the table upon their ship.

Also in the affray id the magic council who are keeping a close eye on the Fairy Tail Guild after all their destructive revelry and their agent Doranbalt offers to transport the Fairy Tail members to safety but Natsu never runs from a fight especially one that has his friends and Guild members in mortal danger.

This is a fight for their lives as the members of Grimoire Heart are set to take them out to get their hands on Zeref. There is loads going on all over the sacred island and it could be the end for them all.

Even if fabled members turn up or even banished ones, it is all going on as the Magic council decide what to do.

Ace fun with Natsu and the members of you favourite wizard guild, keep it up.