4 stars for this exciting continuation to the story. 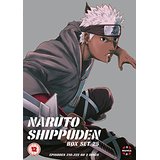 It tells the story of a young shinobi called Naruto Uzumaki (Maile Flanagan) from the hidden leaf village. He is a jinchuriki, who contains the nine tails within him. Along with the other shinobi from his village they learn and grow together as they try to keep their loved ones and the world at large safe.

The usual spoiler alert applies here, we are well into the story , so don’t read on unless you’re all caught up.

“Been rummaging for corpses again?”

Team 10 are carrying out their brief to attempt the rescue of Lord Shu, while Naruto is disguised as him to help them to escape. The akatsuki members Deidara and Sasori are swooping in for the attack and Ino, Shikamaru and Choji must fight to keep him safe. 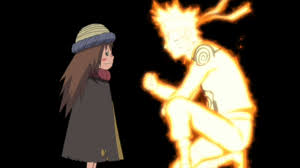 Elsewhere, the battles continue, with the resurrection jutsu used by Kabuto meaning that the Allied Shinobi Forces are forced to fight against their old heroes and friends. Heartbreakingly, they are even forced to fight an enemy they knew and were close to as children.

As well as famous adversaries from history, Kabuto has now begun to resurrect fallen comrades from the battlefield and also to disguise his white zetsu army as members of the Allied Forces, so no-one knows who they are fighting against. 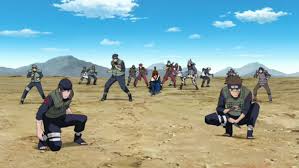 Naruto is in a desperate race against time to get his shadow clones to all of the battle fronts so that he can identify the imposters and stop shinobi turning against shinobi.

This is, as ever, a very entertaining watch, with a slight tendency to over romanticize and a few too many flashbacks, which disrupt the flow of the story a little. However, fans of the franchise will be quite used to this!

An obvious must own for the Naruto Shippuden fans out there and well worth adding to your collection, just a shame it’s not available on Blu-ray.

“Fukai, your sadness ran so deep it makes me weep, but that’s over ’cause this I vow. My real war is just starting now.” 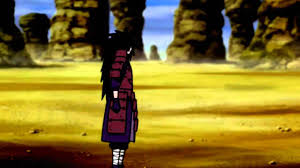