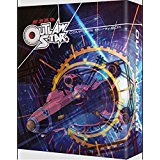 Outlaw Star was first released in 1998 and is based on the manga of the same name by Takehiko Ito. It was produced by Sunrise Studio (Gundam Reconguista in G) and directed by Mitsuru Hongo (Shamanic Princess). This is the first English release on Blu-ray. 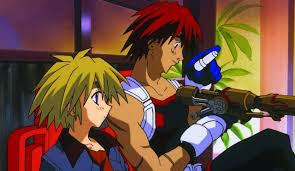 It tells us of the ongoing adventures of Gene Starwind (Robert Buchholz – Fist of the North Star) and his trusty sidekick Jim Hawking (Brianne Siddall – Blue Exorcist). On a frontier planet called Sentinel 3, Gene and Jim run a repair business and spend their free time in Raid’s Bar. Gene dreams of going into space and is a sucker for a pretty face and has a crush on Iris, the bar maid. 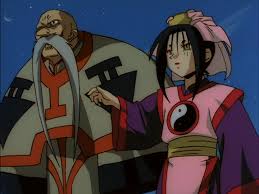 That was always going to get him in trouble and the inevitable happens one day when they agree to take a job from a woman named Rachel. It soon turns out that she is in fact Hot Ice Hilda (Mary Elizabeth McGlynn – Ghost in the Shell Arise), an outlaw on the run from Kei pirates. Both Hilda and the pirates are after the same treasure, a girl named Melfina (Emily Brown – Cowboy Bebop), who has a very special talent. She can pilot a ship, the XGP15A-II, later to be known as the Outlaw Star. 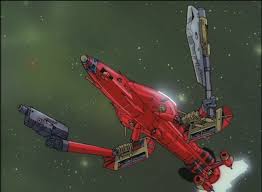 With an unlikely crew including a Ctarl Ctarl crazy cat woman called Aisha Clan-Clan (Lenore Zann – Storm Hawks) and Twilight Suzuka (Wendee Lee – Your Lie In April), an assassin, they set off aboard the Outlaw Star to search for the mysterious Galactic Leyline and find themselves constantly battling Kei pirates and other outlaws to reach their goal. 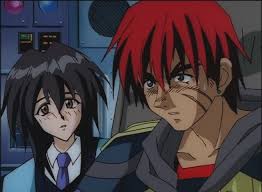 Outlaw Star is a very enjoyable series. It’s great to have some proper sci-fi to get your teeth into, and Outlaw Star is a good story, colourful and well animated, which soon draws you in. There is also plenty of comedy and fun interactions between the characters.

Although it is a little dated now, it is no less enjoyable and this Blu-ray version is well worth adding to your collection, a must have for sci-fi anime fans.

“A boy has the right to dream. There are endless possibilities stretched out before him. We must remember, all men were once boys.” 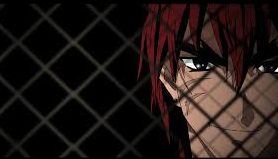 Outlaw Star is available to buy now on Blu-ray.