3 stars for this strange comedy, slice of life anime. 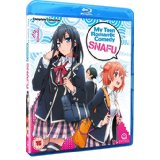 My Teen Romantic comedy is based on the Japanese light novel series written by Wataru Watari. It has been adapted into an anime by Brain’s Base (Baccano!).

“My Youth Romantic Comedy is Wrong as Expected.” 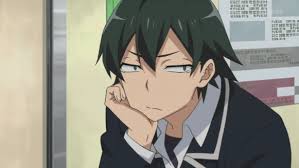 It tells the story of some of the students of Souba High School. Hachiman Hikigaya is a loner, who has no friends by his own choosing. His cynical attitude is a source of constant irritation to his teacher Shizuka, who  finally snaps and decides to do something to help him relate to his fellow students. 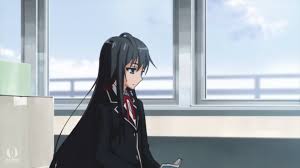 She forces him to join the school’s Service Club, which has only one member, Yukino, another loner but for entirely different reasons. Whereas Hachiman has chosen to avoid relationships in order to save himself from being hurt, Yukino has always found herself shunned, due to her high intelligence and stunning looks, which make girls jealous and boys afraid to approach her. 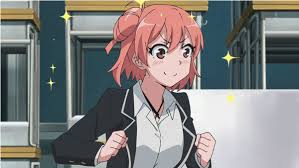 As members of the service club, they are expected to help out fellow students with any problems they may encounter and this is how they meet Yui. This bubbly outgoing girl couldn’t be any more different to the other members and is soon livening things up no end, much to their annoyance.

My Teen Romantic Comedy Snafu is a strange anime to watch. Although it does neatly manage to avoid any of the cliches which are usually inherent in a romantic comedy, it loses out a little bit as a result. 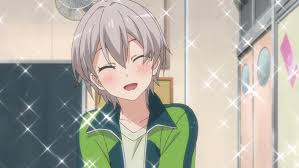 For something which is so character driven it seems that they aren’t quite as well developed as they might be and the fact that they are all so unlikeable makes it a little difficult to relate.

The comedy element is mostly provided by the running commentary on the state of his life and his opinions on the writers by the main character Hachiman. It is very dark comedy, however some of it is surprisingly insightful. It takes a good hard look at life in high school and the difficulties faced by teenagers who feel compelled to conform. 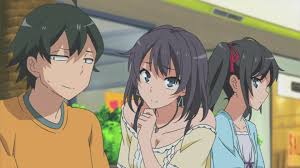 The main problem for me is that although it’s quite enjoyable, it just doesn’t ever seem to go anywhere and there is a tendency towards the over dramatic.

It does have very nice animation and the music fits well, if you’re a fan of the genre then you will probably love this one, just don’t expect too much in the way of romance.

“For the record, I’m pretty damn gifted. I was 3rd in my grade on the Japanese Proficiency Test. And I’m pretty good looking. Minus the fact that I don’t have any friends or a girlfriend, I have pretty high specs.” 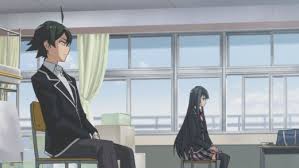 My Teen Romantic Comedy Snafu: The Complete Season 1 Collection is available to buy now on DVD and Blu-ray.