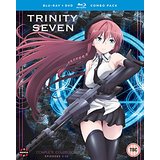 Based on the manga series by Kenji Saitō with art by Akinari Nao, Trinity Seven has been entertaining manga fans since 2010. Now it comes to the small screen, to bring joy and laughter to the young adolescents and above of England.

School boy Arata Kasuga enjoys his no stress school life, he has no aspirations at greatness he just loves observing all his female classmates and going home to his cousin Hijiri who looks after him and his house. 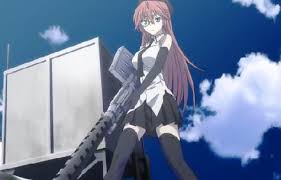 All is bliss until he and Hiriji are walking the streets and Arata senses the presence of a girl and hears ‘Awake to your potential’. She is Lilith Asami, a quite an amazing burgeoning young woman. She reveals that what Arata believe to be his idyllic life is all a lie and has been for the last few days and that his Hijiri is not the cousin that he loved but a grimoire. Hiriji disappears leaving him the grimoire.

Arata finds out that Hiriji is still alive but trapped in a parallel Universe. If he wants to find her he will have to become a very powerful mage known as a 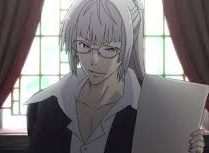 Demon Lord class, as only these are able to create their own Universe. He will have to enrol and study in the secret Royal Bible Academy.

He causes a bit of a stir at the academy as he is the only male there and the Principal tells him that he will learn quicker if he follows the Trinity Seven (girls at the top of their disciplines).

One of these girls follows Arata around the halls all day watching him until he asks her what she is doing? She is Arin Kannazuki who looks far too much like Hijiri and she is fated to be the Demon Lords wife. She has already accepted

her role in life despite Arata’s honest crassness about boobs, butts and legs of any young female.

He also manages to spot the young ninja Levi Kamana who is into anything fun as long as it does not get in the way of her ninja skills. But to spoil it all is the grimoire security consisting of Mira Yamana and 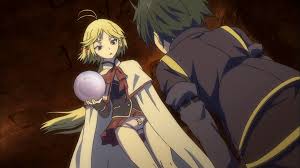 her fighting companion Akio Fudō, who wants nothing but the destruction of the Demon Lord candidate and despises Arata. 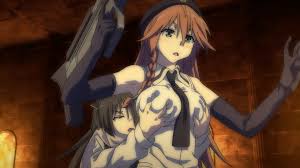 to cop a feel of Liliths ample breasts.

The thing that really annoys Mira is that every-time Arata is around and using his magic things go wrong, just like when he created his own Universe, these ‘Breakdown Events’ are extremely dangerous for everyone within the vicinity and with his own magic having a different effect to that of the grimoire’s it leads 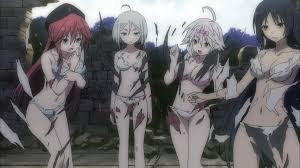 to a lot of embarrassing moments for all the girls.

This series is just fun and tongue in cheek fun as Arata and the Trinity Seven try to save the World from evil mages and deal with the everyday antics of the Demon Lord Candidate and his boob, butt, panty and leg fetish.