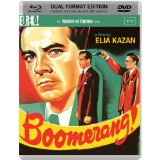 From the master of cinematography Elia Kazan, (A Streetcar Named Desire, On The Waterfront, East of Eden) comes a film based very closely on real events that occurred in Bridgeport Connecticut USA in 1924.

The film is now brought to you by Masters of Cinema #89 in full 1080p beauty. 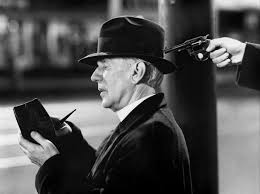 The names may have been changed, but this follows the story of the murder of the well respected and much loved Father George A.  Lambert, (Wyrley Birch, The Last Days of Pompeii) who is brutally shot from behind at close range.

The event is witnessed by 7 people, who all swear that the murderer was tall and wearing a dark coat and a light hat. The culprit is almost caught by the witnesses but manages to escape down a dark alley. 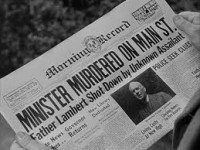 There is a public outcry over why an ungodly act should be brought on such a loved man, but even a man of the cloth can accrue enemies and hold secrets that others don’t want them to have.

The job falls to Chief Harold F. “Robbie” Robinson, (Lee J Cobb, 12 Angry Men) who, with no clues at the scene and only the testimonies of the 7 witnesses,

starts to pull in any male wearing a dark coat and light fedora hat and the suspects soon start to mount up.

But the man that will have to prosecute the suspect when captured is State’s Attorney Henry L Harvey, (Dana Andrews, Laura) who is caught in the middle as the press hound the police over their failure to bring any justice to bear on the case. As the ever dogged hack working for the morning record, Dave Woods (Sam Levene, The Killers)

leans on the police as the people who pay his wages vie for political change against the reform government.

Whilst hanging around the police desk, a call comes in from Ohio telling the desk Sergeant that a man fitting the description has been apprehended and that he left Connecticut a few day earlier in possession of a .32 revolver which is the same as the murder weapon. 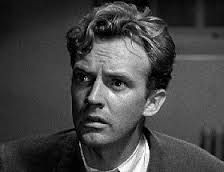 John Waldron, (Arthur Kennedy, Elmer Gantry) an ex-army man who served his country for 5 years, is brought back to be questioned and he is for two days continuously, over and over, he is set up to trip over his own words, until he finally signs a confession. Only then is he allowed to sleep. 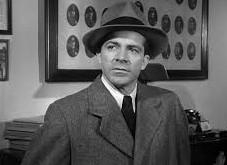 questions Waldron and makes his own assessment of the man accused of the heinous crime of premeditated murder.

When the trial finally goes to court the Prosecutor is Harvey, but what ensues is the thing of legend within the judicial circles.

Now out on Dual Format and with extras and a 36 page booklet and vintage interview material and more.

This is a Brilliant film for young or old but would make a cracking Fathers Day present, especially with the talents of Kazan, Cobb, Andrews and the uncredited talent of Karl Maden, (The Streets of San Francisco). Together they make for a riveting watch. 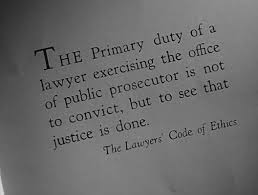 Available to Buy on Dual Format on the 26th of May.