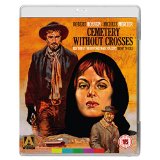 From writer/director/actor Robert Hossein (Death of a Killer) comes an amazing homage to the legendary director of the genre, ‘Spaghetti Westerns’ Sergio Leone (For a Fistful of Dollars, For a Few Dollars More, The Good, The Bad and the Ugly, Once Upon a Time in the West). A French/ Italian collaboration which originally was called Une corde, un Colt or The Rope and The Colt.

This is an Awesome tribute to the Spaghetti Westerns that we all love and cherish. Who doesn’t stay up passed midnight to see the end of The Good, The Bad and the Ugly when it is on TV? This is one of those films to add to that list of films you would stay up for.

There is a land war going on over cattle and who possesses what, and at the moment is is the Caine’s versus the Rogers, a very large family compared to Ben (Benito Stefanelli, The Good The Bad and the Ugly) and his two brothers Thomas (Guido Lollobrigida, The Violent Four) and his younger brother Eli (Michel Lemoine, Succubus) also Ben’s Wife Maria (Michèle Mercier, A Golden Widow). Ben has been able to steal back the money that the Rogers Got for selling the Caine’s cattle, but he is shot and caught at his ranch and hanged in front of his wife, while his brothers get away with the loot.

The Rogers head is Pa  Rogers (Daniel Vargas, The Arena) and he oversees the execution. and takes his family back to there ranch, a women

scorned is not something to trifle with. she goes to see an old flame of hers, a man who was good with a gun Manuel (Robert Hossein, The Heist) who hangs out in a ghost town.

She oofers him her cut of the takings to get revenge for her as Ben’s brothers have a yellow streak running down their spines. He refuses, but this is a Spaghetti Western and he takes his leather glove out of his old music box (nice tribute).

What ensues lives up to all those other westerns this film holds dear and by gum does it deliver a heavy load of lead. A great way to spend an hour and a half. So Dust off yer holster and get ready to draw.
Special Features

· Remembering Sergio – an all-new interview with star and director Robert Hossein, filmed exclusively for this release 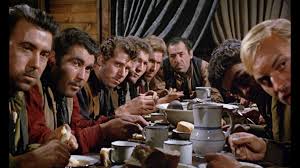