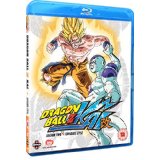 The abridged version continues through episodes 27-52 season 2 from 2012. This is the Frieza Saga and it pits our Earthly heroes against the person King Kai said you should never let them know you exist, never mind getting in their way.

Vegeta is determined to gather all 7 huge Namekian Dragon Balls and become immortal and finally see the demise of Frieza, the person who killed all his people and destroyed his home planet. Now only he, the prince of planet Vegeta and the lowly surf Goku remain of their kind.

But that does not make them allies, on the contrary, they are deadly enemies in Vegeta’s mind, as he is high born and the Saiyan Earthling does not deserve to have the power he has. He also stands in the way of his immortality as well as his old boss Frieza who also wants immortality. 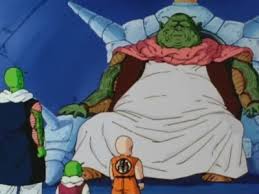 that he has all seven balls and can call forth the dragon to grant his wish. But Gohan has the radar and has located the four star ball that Vegeta had stashed away.

Meanwhile Krillin visits the Namekian Grand Elder along with the locals Nail and Dendi. The Grand Elder has the ability to unlock the hidden potential within a person and he does this to Krillin, who thinks this would be a great thing to happen to Gohan whilst awaiting the arrival of the madly training Goku, who is travelling towards Namek doing his exercises under 100G to prepare for the oncoming battles for the return of the Namekians killed by Frieza and his minions. 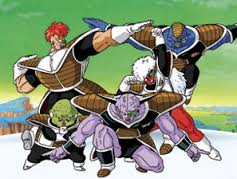 To aid Frieza with the pest that is Vegeta he calls in his top mercenaries, the “Ginyu Force” a squad of powerful fighters that do his very dirty work. All with different abilities, they set about ridding Frieza of his troublesome enemies. But as this is Dragon Ball do not expect anything to go smoothly for anybody.

Will Goku turn up in time to make a difference, you know he will, there are 25 episodes of I hit you, he hits you even harder, so get up and hit them again.

Will the fabled downfall of the seemingly invincible Frieza make a timely appearance? “The Super Saiyan”

Who will get their wishes granted? 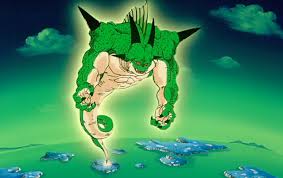