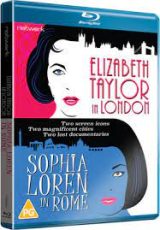 From Trendy London to Classic Rome. 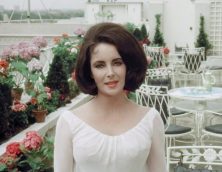 Elizabeth Taylor starts her documentary with the words of Wordsworth, with his thoughts on her home, London. The sprawling city is home to over eight million inhabitants, from the coal men that deliver the heating to the homes, to the draymen that supply the millions of gallons of ale to the public houses dotted all over the city, to the cabbies that still have to abide by laws created in the 1830s.

From the sounds of the bell of Bow, and the Cockney rhyming slang, to the inspiring tale of Dick Whittington, and the writings of the Victorian poet Elizabeth Barrett Browning (Sonnets From the Portuguese). We also find out about the launch site of the pilgrims ship bound for the Americas’ the Mayflower. All delivered in the precise meter of an Eglish rose at the top of her profession.

With Sophia Loren in Rome we are treated to a less formal tour of the city she loves, with its ancient Roman history to its influence in the Middle Ages through to the bustling streets of the 1960s. She welcomes us to her house where she overlooks the city. She takes to the streets with a hidden camera and microphone, she walks around talking to us, but she has a member of the crew around so that she doesn’t look like she is gibbering to herself.

With this fly-on-the-wall approach, we visit the sights and sounds of this ancient city, as we visit the café culture, and the many fountains in this hot city. Taking our time to watch the traffic police controlling the flow through the veins of ancient roads.

If you want to see Rome, all you need to do is search for the Statues, Uniforms or the Monuments.

Rome by night is a totally different city, as the Romans come out to dine and do nothing but watch the city go by them.

Elizabeth Taylor in London | Sophia Loren in Rome is a great way to look back on a tale of two cities, from the passion of our two hostesses to the passions of their inhabitants, a rare look into the 1960s and two hours just fly by. 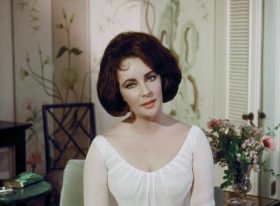 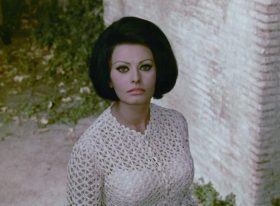