4 Star Natsu and the Fairy Tail Guild Come to the Rescue. 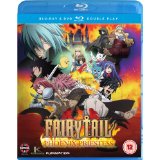 This is a stand alone film based on the popular television series, with the regular cast, and is taken from Hiro Mashima‘s manga and continues the great world we all have come to love and it comes highly recommended.

The start of the movie comes from a 30 page promo that Mashima drew called ‘The First Morning’ and shows the priestess Éclair sewing together a bright yellow bird which she later stuffs, but during the night the bird comes alive due to the magic phoenix stone she wears around her neck. She despises magic and that means “Bird”. She works as  a fortune teller in a nearby village, where she is a

fraud, as she can only see the past and makes assumptions on the future. When she tells the little boy Dist that she cannot bring his pet back to life and that he will someday die too, he says that he wants to live forever. When Éclair loses her phoenix stone, she returns to the village to retrieve it, but is set upon by a pack of wolves. She passes out and when she awakens she is at home and the phoenix stone is in her possession once again. She finds Bird outside all tattered and torn and it was he that had saved her and collected the stone. 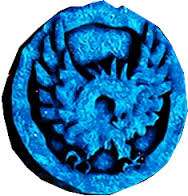 She now accepts Birds friendship and renames him Momon. Knowing the stone has magic properties they decide to find out more about it and they head for the nearby city where they come into contact with the Fairy tail members Lucy, Natsu and Happy. (Fairy Tail).

Lucy takes the pair back to the Fairy Tail guild where she meets all the regulars, Natsu, Erza, Grey, Carla and Happy. Éclair has amnesia but when Carla gives a premonition about the Boundary Forest, this sparks a memory that she must go to the monster-filled forest to find a wizard called Kalard. The gang say they will follow her, but as she distrusts magic she refuses. However, she is persuaded and they all set off to the forest, where they come across Chase, a member of the Carbuncle Guild, hired by Duke Cream the ruler of the neighbouring territory Veronica, to capture Éclair. 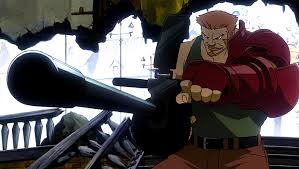 Eventually they reach Kalard’s house but he is long deceased. A hologram remains and it is revealed that he was Éclair’s father and he created a spell to remove the curse on her stone. When they get back to the guild they find it besieged by Carbuncle’s leader, Dist. When he kidnaps Éclair that’s when the fun really begins, as Fairy Tail Guild go after Carbuncle and the mysteries of the Phoenix Stone.

Another great addition to the Fairy Tail World. 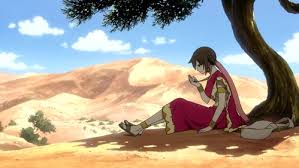