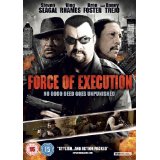 Director Keoni Waxman (A Dangerous Man, Shooting Gallery) seems to thrive on doing mediocre action films, as is this one.

Even though the stars are well known, this film does not light any flames, as the martial arts and action are far too far apart and Steven Seagal’s mumblings are far too close together. Keep your remote control close at hand as you will need to rewind whilst saying, “what did he say?” 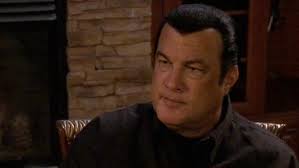 Thomas Douglas, (Steven Seagal, Under Siege) has been the top dog of a crime family for years and it is wearing thin on him. He wants out but first there is work to be done.

Someone needs taking care of, but the snag is that they are in a secure wing of a prison. So Thomas sends in his trusted enforcer, Roman Hurst (Bren Foster, Maximum Conviction), who impersonates a prison officer and gains 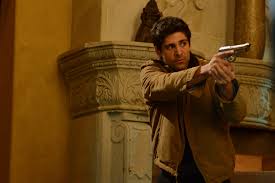 access to the recreation area and as he selects his mark, Ice Man, (Ving Rhames, Pulp Fiction), the contact on the other side of the glass tells him he has the wrong man and it’s the man behind him, so he swiftly dispatches him and leaves.

But back at Thomas’s house he is informed that he killed the wrong man and as he mucked up, ‘the first time in 15 years’ he must pay the price, which Roman readily accepts. 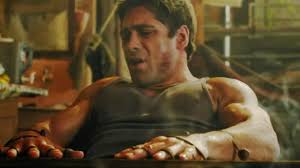 But the price is a dear cost to him, he is beaten and tortured and then they smash him up.

Six months later, we find Roman a different man and on the bottle as his former bosses words ring in his head.

Thomas stays in touch as he treats Roman as family and tells him to get out of town after giving him a load of money. 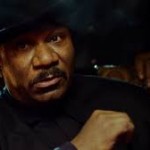 Now Ice Man is out of Jail and aiming to rise to the top at the expense of Douglas and his empire. 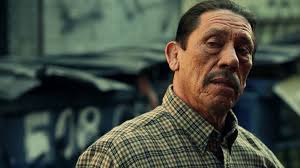 Romans apartment is next door to Jimmy Peanut’s place,(Danny Trejo, Machete Kills) and after he saves him from some muggers they form a friendship that may save his body and soul.

Unfortunately Force of Execution,(or in our house ‘Licence to Mumble’) punches and kicks well bellow its mark but die-hard fans may enjoy Seagal making some moves even though he has had a few square meals since his hey day.

Available to Buy on Blu-ray and DVD from 3rd Feb