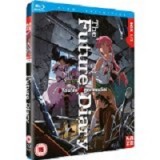 Hang onto your hats.

Who wants to be God?

Studio Asread (Shuffle) under the direction of Naoto Hosoda, (Shuffle! Memories), they bring us a seat of the pants fight for survival as twelve go head to head to become a God.

classes filling his in phone diary about the drudgery of his life, whilst conversing with his make believe friend Deus Ex Machina who claims to be the God of Time and Space. The only other thing in yuki’s life is darts, which he plays in his bedroom and he carries them around with him at all times.

Life drudgingly goes along as Yuki lives out his school life until one morning when he awakens, he goes to start to fill in his daily diary and to his shock, the whole day has already been filled in. He discusses this with Deus Ex only to find out that he is in fact the deity of time and space.

From now on his diary will tell him his future, and he can use it anyway he sees fit, but he must never let it get broken or he will die. Yuki takes this at face value as his 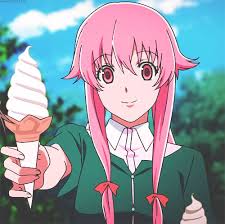 phone tells him everything he will do, even getting questions wrong in an exam which he uses to his scholastic benefit. Deus Ex tells him he is number one.

At school Yuki gets the feeling he is being watched and he is not mistaken as Yuno Gasai stares at him from across the playground, whilst also staring at her phone, (welcome number two) the second person to be given a Future Diary. 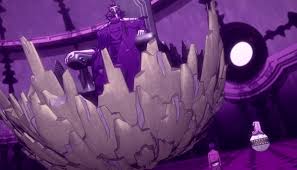 his darts at Takao’s phone, hitting it and destroying it. With the result being that Takao disappears into a vortex emanating from his own body.

Later Deus Ex Machina calls a summit and Yuki and Yuno find themselves in a strange place, with ten other people around the vast room.

Deus Ex Machina explains to those all assembled that he is going to stand down from being the God of space and time and his successor is within this room.

Their objective is to eliminate each other until there is only one left to take their seat as the God of Space and Time!

What ensues is a mad ride, as Yuki tries to understand the the reasons why Yuno won’t leave him alone (literally speaking) and as the other ten try to wipe each other out or try and find a way to get the number one, two duo out of the way.

There will be blood, mayhem and social faux pas’s 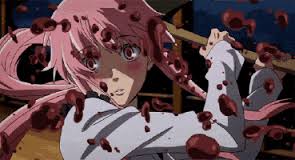