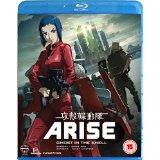 From the celebrated anime house I.D. Productions comes a 4 part OVA chronicling her rise from owned cyber-hardware to freelance operative in control of her own squad that we know and love so much. Ghost in the Shell is based on the works of Shirow Masamune. As this is a prequel it may be for the hardened fan as these two instalments show how Public Security Section 9 comes into being, but if this is your first foray into the world of GITS then welcome to a future world that will take your breath away and make you a life long fan.

A prominent lieutenant colonel has been murdered, that’s bad enough but he was also under investigation to determine whether he had been taking bribes. Kusanagi receives a data block from the suspect and she

immediately grabs the attaché case presented to her. The security services are after the colonel’s cyberbrain to find out either way his guilt or inocence but during the exhumation the coffin is opened only to find that the body has been replaced by a mobile land mine, which tries to take them all out. Aramaki  hires the wizard level hacker, she has many talents allowed by her full body cybernetics.

Everybody is worried that secrets can get out, as Japan is still reeling from World war IV (and once again we find another anime that shows they are scared of loosing their identity).

Her investigation takes her through the seedy streets of the future Niihama where she crosses paths with detective Togusa and undercover operative Pazu who is an expert with a knife and wet work.

There are others that believe that Kusanagi is a criminal, as a cybertrail says she has been shifting large amounts of money and she can’t rely on her memories as she keeps seeing a mobile land mine in her room and the contents of the attaché case keep changing. One of the main things on Kusanagi’s mind is her autonomy but she is military owned as her full body cybernetics are paid for by them and it far exceeds military health care.

But the main thing about this release is the iconic Production I.G. eye for detail and making everything looking beautiful.

The second Border is Ghost Whispers. 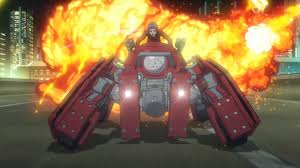 Where we see a colonel Soga in court accused of killing lots of innocent civilians during the war. Now free from the 501 organisation Kusanagi is working freelance for Aramaki and one of the Logicoma’s has been hacked for just 1.8 seconds and Kusanagi believes that it has been given a false memory and spends her time trying to decipher what is trapped within her mechanical bodyguard.

A mobile hacking unit has been used to allowing someone to break into the A.I.’s of some 20 million cars and the air space above Japan allowing him to attack the government top security file “Pandora’s Box” containing all the secret deals and arms trades done during the war and since. Kusanagi and a military spy known as VV go up

against the rival mercenary group headed by her enemy “sleepless eye” Batou and his associate Saito the sniper.

With large mechs and high speed care chases and intrigue, what more do you want from anime, detail over substance some may say, but it is a prequel after all setting up the story that has been going since 1995 and this is starting to set those stories up nicely. 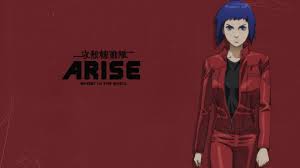 Available to Order on Blu-ray and DVD Now.