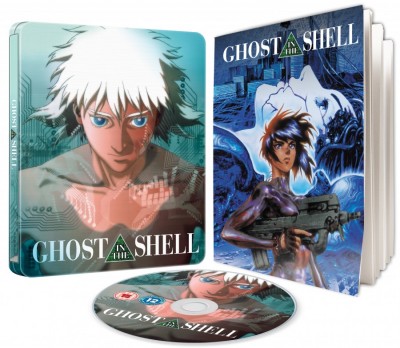 Ghost In The Shell comes to Limited Edition Blu-ray Steelbook on 29th September!
Manga Entertainment UK are bringing the anime classic, Ghost In The Shell to Blu-ray for the first time in the form of a Limited Edition Blu-ray Steelbook. Following the success of their AKIRA and Ninja Scroll Steelbook releases, this is truly a classic release that anime fans have been longing to add to their collection!