4 Star Of how not to run your life. 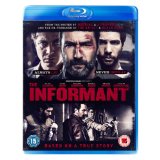 Director Julien Leclercq, (The Assault) seems to like doing films based on true events as is this film. Set around Gibraltar and the drugs trafficking that passes through it and onto the rest of Europe, this film shows the amounts found (10%) being the tip of the iceberg, as well as the collateral damage of people on the sharp end of drug smuggling.

Marc Duval, (Gilles Lellouche, Point Blank) runs a restaurant and bar in Gibraltar, but spends his down time on his pride and joy, his yacht. But there is a recession on in October 1987 and he is falling behind with the payments and the bank won’t lend him the 100,000 francs that he thinks will save his business and his yacht. His harbour neighbour sets him with a phone call.

It is a Customs and Excise operative and he offers Marc a meet up, at which 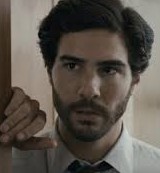 Glacose, (Philippe Nahon, High Tension) says he will help introduce him to Belimane, (Tahar Rahim, The Eagle) the customs man.

Belamane tells Marc that due to his position as a bar owner he must see, meet and overhear information about smuggling. Marc has 24hrs to make up his mind and after a heart to heart with his wife Clara, 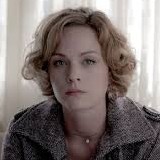 (Raphaelle Agogue, Le Chef) he admits the monetary problems they have and with a newborn, it is only going to get worse. So he delves into the world of espionage and starts watching his bar with increased vigour, until he starts placing tape recorders around the main centre of attraction, the pool table.

With the attraction of 10% of any heist that they recover, Marc puts all his efforts into finding evidence and when he does he takes it straight to Belimane. They are successful and they take a huge haul and Marc can only think of his reward which is way short of the 100,000 he was expecting, so Belimane takes him to his superiors who make him an offer where he could net 1million francs. He receives the rest of his money but now he is trapped in a loop that he or his family may not get out of.

Well worth reading the subtitles.