5 Stars of the greyer side of life. 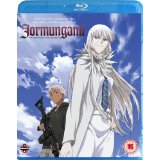 Taken from the manga penned by Keitaro Takahashi and then turned into anime back in 2012, directed by Keitarou Motonaga. He puts life into this well scripted beautiful display of the loyalty that forms within a tight-knit group and the things that they have to deal with. This is the first full series on two discs. 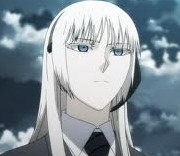 Koko Hekmatyar is the young daughter of Floyd Hekmatyar who is head of HCLI’s European/African Weapons Transport Division and it seems only natural that his daughter would get involved in some way. She and her team are arms dealers. She believes that rather than destroying the world, her guns will mend it, therefore she goes about her businesses with an air of confidence in her own abilities and those that stick closely beside her. 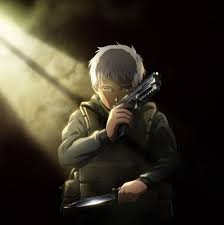 Normally her bodyguards are recruited through reputation and known contacts, but Koko takes it upon herself to recruit the child soldier Jonathan “Jonah” Mar, a soldier that hates the fact that it was weapons that killed both his parents. Koko likes the irony that this possesses the young soldier. She takes him on a mission and they travel to Eastern Europe where an HCLI shipment of fighter upgrades have been kept back in case it causes tension with local regions. As they head for the shipment, they are attacked by elite troops with Jonah protecting Koko, Lehm and Valmet back them up as they eventually 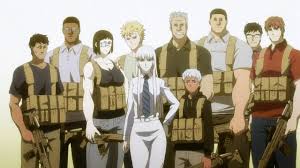 manage to secure the upgrades. Koko hears that a rival arms dealer is making a deal to sell attack helicopters to the government. She is not happy with this and decides to meet up with Kroshkin and they pretend to be brother and sister. They stall Kroshkin whilst Tojo and Valmet dissuade the government to cancel Kroshkin’s order. Behind the scenes Lutz, Mao, Ugo and Lehm take out Kroshkin’s snipers leaving him vulnerable and he finally realises that he has been duped, Koko decides to remove the rival and orders Jonah to kill him. This is the final act that makes Jonah a part of the gang. 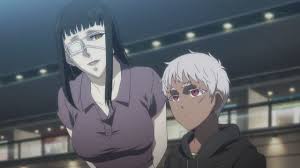 We follow the gang and their exploits as they criss-cross the planet, moving from one war zone to another and meeting with governments and private dealers alike. The other episodes sees the origins of the team members and how they are now, as we see Valmet before before she lost her eye and the strange girl crush she has on Koko.

This is the start of something great and we eagerly wait for series 2. 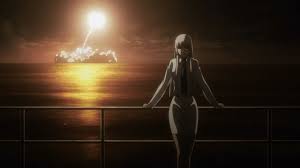