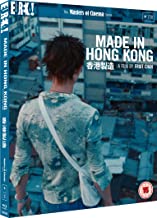 (or the tale of two letters)

Made in Hong Kong, written/directed by Fruit Chan (Hollywood Hong-Kong, Kill Time) is a niche film that has been saved by the Far East Film Festival on its twentieth anniversary and now Masters of Cinema bring us the Blu-ray restored urban masterpiece. Filmed at the time of the UK’s handover of its colony to the Chinese, some say that this film is a reflection of the youths prospect for the future. Shot on an absolute shoestring this film is a remarkable piece of social history and a strong character driven piece of tight urban grit, love and tragedy .

the City) being the narrator of his own story. Which starts with how he didn’t get off to a good start, by being kicked out of school at an early age and his father deserting them. Now he spends his time on the basketball court with other delinquents, whilst recruiting potential members for the Triads, but not him he is a freelance operator doing debt collection for

‘Big Brother’ (Sang Chan, Goodbye, Mr. Cool). Now Mid is big brother to Sylvester (Wenders Li, Bullets Over Summer) a retarded youth (their description) who is always getting bullied and Mid has taken under his wing.

One of Mid’s jobs is to collect a debt from Mrs. Lam (Carol Lam Kit-Fong) who is a very sly woman, but the thing that Sylvester notices is her daughter Ping (Neiky Hui-Chi Yim) and it is obvious when he sees something he likes, he has a nose bleed.

Meanwhile, somewhere nearby a girl (Susan) (Ka-Chuen Tam, Horror Tower) enjoys her breakfast on a rooftop as she contemplates life as we know it. 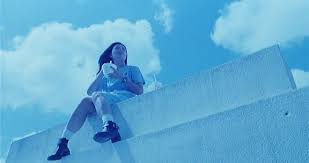 Across the road is a Christian church, and she spends time staring at the

Crucifix adorning the top of the church. But she doesn’t contemplate it for too long as Sylvester who is clearing out rubbish from his job witnesses her demise at the foot of the building. What Sylvester does notice near her body are two blood soaked envelopes that he takes with him.

You can’t use ‘Jackie Chan’ as an excuse for your behaviour.

However,  it is Ping and Mid that form a friendship and when at the hospital, fixing up Sylvester they find out about the envelopes and the reason why Ping is in the hospital with her mother.

One must be for her lover and the other for her family.

This is the story of our players and two envelopes and the things you do for love of a ghost. A great way into the Hong Kong film scene. 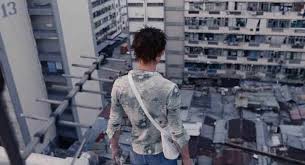