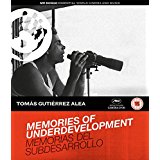 This film is number fifty-four in Derek Malcolm‘s 100 greatest movies, and now it has been fully restored and comes in Blu-ray crispness. It tells the tale of post Bay of Pigs Cuba and the events leading up to the Cuban missile crisis in the early 1960’s. Part film, part documentary it makes you feel like you are the fly on the wall to one man’s actions and thoughts. This multi award winning film was directed by Tomas Gutierrez Alea (The Last Supper, Death of a Bureaucrat).

Sergio Carmona Mendoyo (Sergio Corrieri, The Man from Maisinicu) is a married middle class intellectual, but in the aftermath of the Bay of Pigs invasion, many Cubans flee the country and emigrate to Miami USA. Sergio’s wife and parents are of the same mind and we first see Sergio see them off at the airport.

Sergio fancies himself a novelist and sits at his typewriter po

ndering about the state of Cuba and its underdevelopment and how people do not live up to his expectations. We also find out about his relationship with his now departed wife and how they had nothing in common. Sergio now lives alone in his nicely appointed apartment and Noemi (Eslinda Núñez, Amada) comes in three times a week to help keep the place tidy. Sergio has many flights of fancy and lewd thoughts about Noemi, especially when he finds out that she was baptised causing more lewd thoughts. 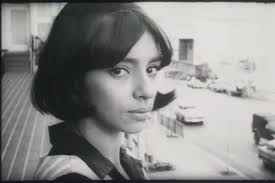 But it is when he has a chance meeting with a young girl Elena (Daisy Granados, María Antonia) in central Havana that things begin to change. She is coy to begin with but Sergio’s persistence pays off and she agrees to have lunch with him.

The pair become an item but he soon thinks that Elena is also underdeveloped as he tries to educate her in the arts. He even thinks his good friend Pablo (Omar Valdés, A Successful Man) is a fool and he is quite happy when he waves off his friend at the airport to follow Sergio’s wife to Miami.

All of Sergio’s memories are interlaced with documentary pieces with Sergio’s thoughts on the events and the news stories of the times and there are graphic scenes of the violence that ensued at that time and its deadly aftermath.

“Every day, to build our society, we have to confront the type of people we despise…I hope with my film, to annoy, provoke, and upset all of them.”

A class and classic film for the historian or the bourgeois members of the family.