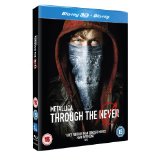 From the imagination of Director Nimrod Antal (Predators).

This is an adventure into the surreal. As Metallica take to the stage, young roadie Trip (Dane DeHaan, Lawless) is called and sent on errand to rescue a stranded van that has run out of fuel, so he is sent on his way with a jerry-can. He jumps into his van and heads off into the night with his lucky mascot hanging from the rear-view mirror. 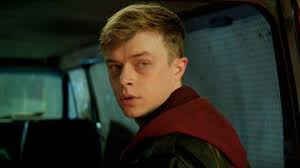 Meanwhile we are treated to the stage presence of those that are Metallica as they perform songs from the same titled Album along with pyrotechnics and stunts and amazing lighting effects.

Meanwhile Trip is popping a pill and not paying attention to the road, he has to break hard to stop going through a red light. He thinks himself lucky as he sits at the wheel of his van as a big car smashes into the side of his van sending it flying over.

Trip is shaken but ok as he grabs his mascot 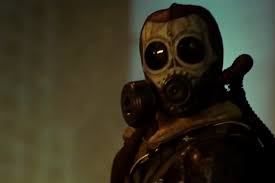 and the jerry-can and heads for his destination. This is the point that everything takes a weird turn as everybody seems to be under a spell. Riots break out and people are being hung from lampposts  by a masked rider, (Kyle Thomson, Pathfinder). He takes exception to Trip, who throws a half brick at him. Let the Chase begin.

While this is going on Metallica seem to be having trouble on the stage as parts of it start collapsing around them. 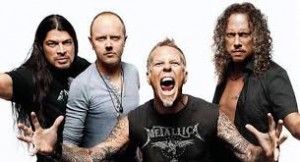 But all is ok and the band (James Hetfield, Lars Ulrich, Kirk Hammett & Robert Trujillo) continue to belt out new and classic songs from their vast repertoire.

As Trips night gets worse, he is cornered and has to fight to stay alive.

What is it the band sent him to get, what is in the bag he finds?

With an extra disk with over 2 hours of special Features:

A must for all fans as we head Through the Never.

Available to Buy on DVD, Blu-ray and Blu-ray 3D on 27th Jan.