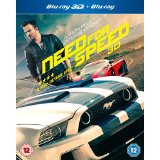 This is Director Scott Waugh’s, (Act of Valor) second venture into the feature film universe, but he is well qualified to make a film about fast cars and the inherent danger that lye’s within. As he has 41 Stunts credits to his name, (We Were Soldiers, Bad Boys II, Mr and Mrs Smith).

What he has created is a petrol heads dream, whether you are male or female as there is plenty of eye candy, from American muscle to European super cars.

You’re in for Speed,  Smashes, Crashes and Ace Driving. In 3D this is rather spectacular.

After the death of his father Tobey Marshall, (Aaron Paul, The Last House on the Left) takes over the running of Marshall performance Motors. he and his friends do up American muscle cars such as GTO’s and Mustangs. But there isn’t enough work coming through the doors, so there is a visit from his dads old bank manager calling in the loan. He supplements his money by taking part in late night street races for a prize of $5000. He may be 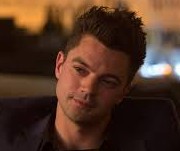 too  good as his old rival Dino Brewster, (Dominic Cooper, Captain America: The First Avenger) turns up to watch him race along with his old girlfriend Anita, (Dakota Johnson, 21 Jump Street) and he tells him he wants to see him after the race. Anita is Little Pete’s sister and little Pete, (Harrison Gilbertson, Haunt) has been taken under Tobey’s wing as a younger brother. Dino is the one from MT Kisco New York that made it all the way to NASCAR and even though he thinks Tobey is beneath him he admires his skills as a mechanic and offers him a job of finishing the car that disapeared the Ford Shelby Mustang that Carroll Shelby was working on when he died. The cash strapped Tobey has no option but to accept the 25% finished car price, estimated to be $500,000. He is ribbed by his friends, they think he is doing it to get back with Anita. 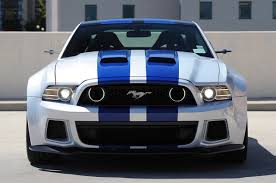 But when half a car turns up they have 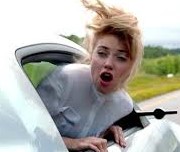 their work cut outthey do the job and how they do it, Toby recons that the Mustang will top 230mph when British car buyer Julia Maddon, ( Imogen Poots, V For Vendetta) turns up asking questions at the cars auction. The only one in the world, Dino asks for $3million and Julia is not impressed unless they can prove that the car can get anywhere near the fabled 230mph. 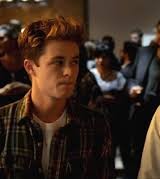 Dino is not impressed that Tobey has taken the car out on the test track, but it means a sale and he is ribbed by Little Pete that he could never have reach the speed that Tobey has achieved, so Dino takes them to is uncles house where he shows them 3 identical Keonigsegg Agera R, and says to race them to the other side of a

bridge. This is where we see Dino’s true colours as he is loosing and he tries a desperate move on Little Pete’s car. Flipping the car and sends a flaming car down into a ravine and he doesn’t stop but Tobey does and ends up doing 2 Years inside for involuntary manslaughter. As he couldn’t prove there were three cars there that day. 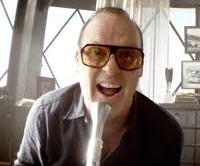 Now it’s pay back time and Tobey wants to get back at Dino for not stopping, he wants entry into the De Leon race run by the recluse Monarch, (Michael Keaton, Jackie Brown), but it is an invitation race only. So he teams up reluctantly with Julia in the borrowed Mustang.

With thrills and spills this is great addition to your car collection the cars are the stars, GTA Spano, Bugatti Veyron, McLaren P1, Saleen S7 etc.

Available to Buy on 3D Blu-ray, Blu-ray and DVD on the 21st July.