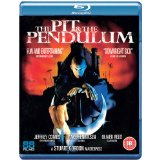 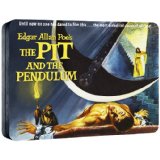 Following the success of The Fall of the House of Usher, Roger Corman, (Death Race), a prolific producer still working today, was given the reins of this loose adaptation of another Edgar Alan Poe story.

The story takes place in 16th Century Spain after the inquisition, in a castle by the sea.

Francis Barnard, (John Kerr, South Pacific) was in London when he found out about the death of his sister Elizabeth Barnard Medina, (Barbara Steele, Piranha). Francis takes it upon himself to travel to the Medina country seat, now run by Nicholas Medina, (Vincent Price, Edward Scissorhands) who lives in the infamous place of torture during the inquisition, run by his Father.

Nicholas is not much pleased to receive Francis, but he tells him that his 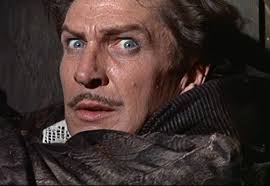 sister most probably died of a blood disorder, but this is hard news to swallow and he says that he will stay in the castle until the real reason for his sisters death is uncovered. This is let out when the physician, Doctor Charles Leon, (Antony Carbone, A Bucket of Blood) mistakenly tells Francis that she died of extreme fright and that leads to Nicholas saying that she may have been buried alive down in the depths of the castle.

This is one of the classic horrors from the swinging Sixties that needs to be in your collection, it comes fully restored and in beautiful colour and the Steelbook comes with many extras, such as an 18 page booklet by Jonathan Rigby. 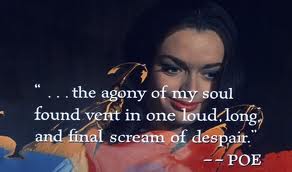 Available to Buy on Blu-ray and Steelbook Now.